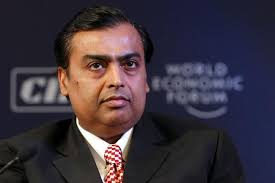 Mumbai — India’s Reliance Industries is set to sell a 20% stake in its oil to chemicals business to Saudi Aramco, helping the Indian conglomerate to cut debt and giving Aramco better access to a fast growing market.

While terms of the deal are yet to be finalised, Reliance will get roughly $15 billion, including some debt adjustments for the 20% stake, P.M.S. Prasad, Executive Director of Reliance Industries said on Monday, adding the two companies aim to close the deal by March 2020.

The deal will see Reliance buy up to 500,000 barrels a day of crude oil from Aramco, Prasad told media after the company’s annual general meeting (AGM), noting this would more than double the volumes that Reliance currently purchases from Aramco.

The deal ties in with Aramco’s push to expand its refining and marketing footprint globally by signing new deals and boosting the capacity of its plants to secure new markets for its crude oil.

Aramco is boosting its refining and petrochemicals business, particularly in Asia, and sees growth in chemicals as central to its downstream expansion strategy to reduce risk as oil demand slows.

Aramco declined to comment on the Reliance tie-up on Monday which coincided with its announcement of a 12% decline in half-year net profit.

Last month, Saudi Arabia’s Energy Minister Khalid al-Falih told Reuters that he was ‘optimistic’ that a deal between the two companies would work out.

The joint venture with Aramco will cover all of Reliance’s refining and petrochemical assets, along with its 51% stake in its petroleum retail joint venture.

Last week, global oil major BP said it was forging a fuel retailing joint venture with Reliance to cash in on rising demand in Asia’s third-biggest economy. Reliance is set to own a 51% stake in the venture.

One source told Reuters on Monday that Aramco will also have an option to supply non-Saudi oil under the deal.

The deal with Aramco potentially opens up new crude sourcing avenues for Reliance and helps it better hedge against any kind of supply disruption due to geopolitical tensions. Reliance has historically bought substantial volumes of oil from Venezuela and Iran, which both currently face U.S. sanctions.