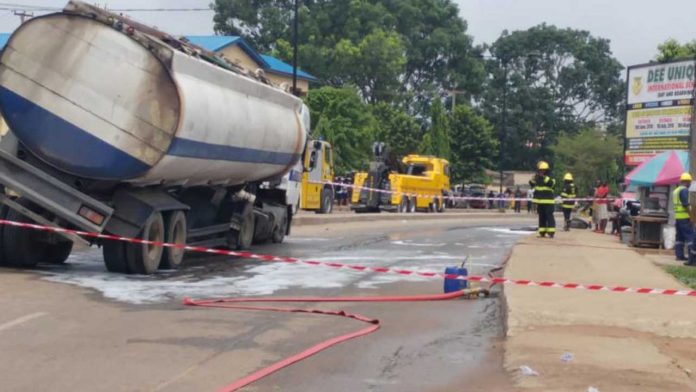 Lagos — A tanker loaded with 33,000 litres of Automated Gas Oil, AGO, widely knowns as diesel has toppled over at Apongbon area of Lagos Island.

The truck was moving from the mainland, towards the island.

While the incident set jitters down the spines of some residents, others, however, besieged the accident scene and started scooping the leaking diesel from the tanker.

Meanwhile, emergency workers have been called upon to attend to the situation, so as to avert a potential large-scale disaster in the area and Its environs.

The incident has affected the flow of traffic, especially towards the Island from the mainland and Eko bridge.

No fire, and no lives or property has reportedly been lost as at time of filing this report.