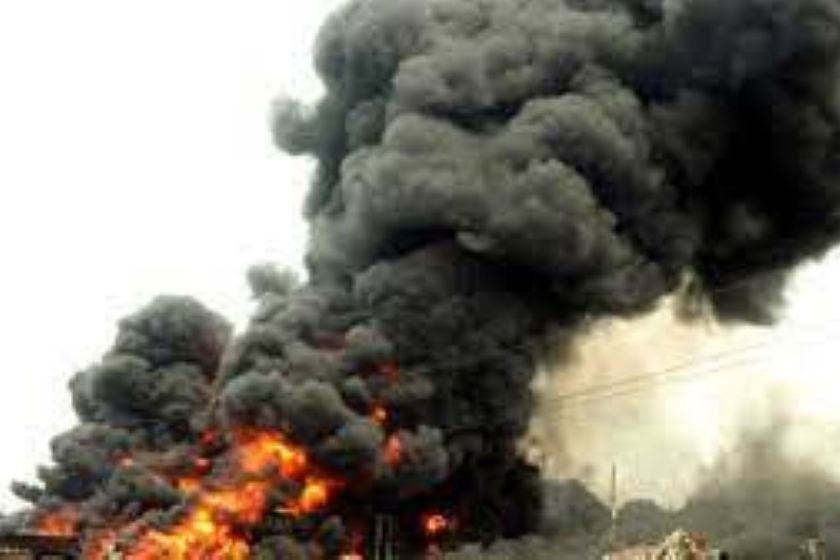 *Aerial view of the explosion at OML 124

Port Harcourt — Addax Petroleum Development Nigeria Limited says it was collaborating with regulatory agencies and security agencies in ongoing investigations into the bomb explosion incident in its flow station within its OML124..

Reacting on the development, the management of Addax said an unexploded explosive device and the corpse of a suspected vandal were found at the incident site within its Oil Mining Lease 124.

Spokesperson of the company, Mrs. Awatt Etta, confirmed that one suspected vandal died in the Wednesday’s explosion, contrary to eyewitnesses reports who claimed two lives were lost in the incident.

“An immediate search was conducted, and unexploded Improvised Explosive Devices and a corpse were found at the scene.

“Government Security and Regulatory Agencies were promptly notified incident. The Police Bomb Disposal Unit have detonated the IEDs and deposited the corpse at the mortuary.

“Details of the incident are still sketchy, but it is suspected that the bomb which detonated and caused the explosion was being carried by the deceased who is yet to be identifed.

“We are currently working with relevant authorities investigating the incident. Updates will be provided as more information becomes available,” Addax said.