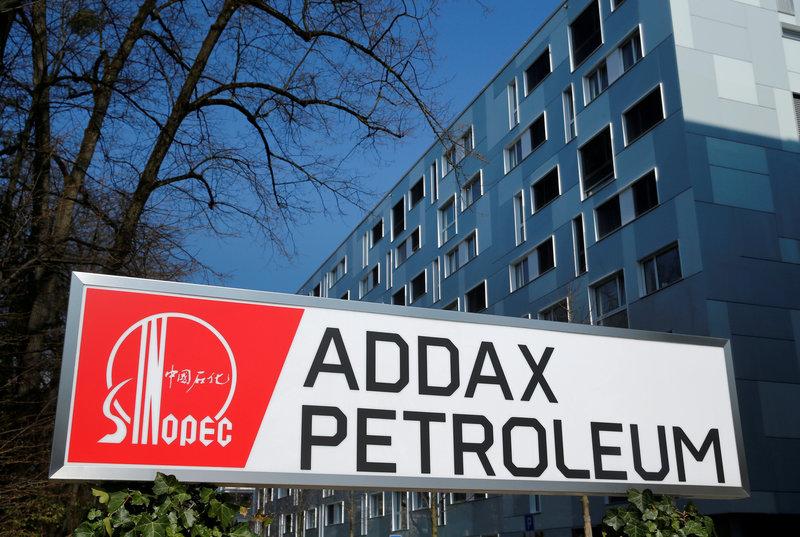 *A sign is pictured outside the headquarters of Addax Petroleum in Geneva, Switzerland. REUTERS/Denis Balibouse/File Photo.

11 December 2017, Sweetcrude, Lagos — Addax Petroleum Development Nigeria Limited plans to recommit its operations in Nigeria by investing between $3 billion and $5 billion in the coming years.

The investment is part of the company’s efforts to optimise its operations in the country and increase production from its existing assets, both onshore and offshore.

The company’s General Manager in charge of External and Governmental Affairs, Mrs. Dorothy Atake, who made the disclosure in a statement at the weekend said governmnet have earned substantial amount from the company since it began operations in 2009.

“Addax Nigeria which operates Production Sharing Contract (PSC) with the Nigerian National Petroleum Corporation (NNPC) PSC has produced 425 million barrels of crude oil and generated over $7 billion in revenue to the Nigerian government since 2009 when SINOPEC took over the company,” she said.

The statement noted that the company as contractor to and on behalf of Addax achieved this feat through sustained investment in reserves and production growth activities, application of technology, strong NNPC/DPR partnership, as well as strong partnership with host communities.

It also stressed that leveraging on its world class technical expertise and application of technology, Addax has brought various fields onstream and embarked on exploration and appraisal campaign in its adjacent concession areas resulting in commercial oil discoveries in Ofrima and Udele fields, a project pivotal to Addax growth plans in the country.

Atake further stated that as part of its production activities, Addax recently kicked off its sustenance campaign through the current drilling activities in the Njaba field in Oil Mining Lease (OML) 124 license area, premised on execution of low cost, capital efficient production optimisation principles to increase output from that area.

“The first oil producer in this drilling campaign was recently drilled and completed ahead of schedule and at significantly lower cost than budget. Preliminary well test results have also exceeded projected average oil production potential,” she said.

According to her, the company has also pioneered institution of a micro credit scheme, where over 480 women have been empowered to develop their small scale businesses, through a revolving loan scheme initiated to empower small scale business women within its OML 124 host communities.

Technical Skill Acquisition Programme (TSAP) has enabled community youths within its host communities in Imo, Akwa Ibom and Rivers States to be trained at the Federal Technical College, Omoku in Rivers State, on selected vocations. “After each training session, Addax Petroleum donates tools and equipment to assist them set-up small scale businesses in their chosen vocation. Thus far, significant amount have been expended on this scheme,” the company said.

“Its future in Nigeria remains very bright with a planned investment outlay of $3 billion to $5 billion. Indeed, growth and profit enhancement opportunities within its existing licence areas and further onshore and onshore drilling and development activities are planned for next year and beyond,” the statement said.