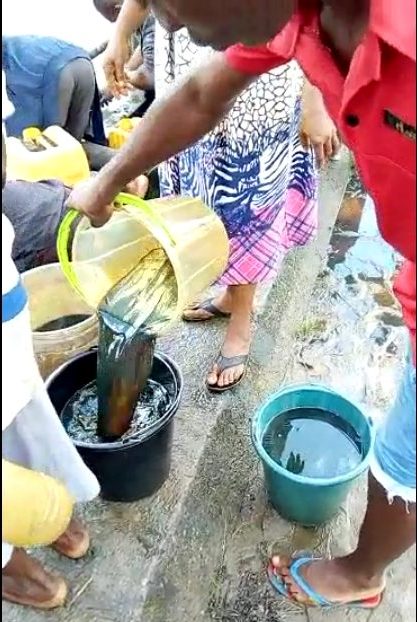 The Nigerian Oil Spill Detection and Response Agency, NOSDRA, who disclosed this, said a Joint Investigative Visit inspection is nor yet completed on the facility, due to the current flood ravaging the area.

Port Harcourt Zonal Director of NOSDRA, Cyrus Nkangwung, said Addax and Agip own facility in the area, thus both company have been urged to commence the containment of the spills, pending when the flood rescind for a JIV inspection.

Nkangwung explained that the facility has been shut down to forestall further damage to the environment, although what has been spilled already is massive.

“JIV is not yet completed. Due to the flood water ravaging the community, the JIV team could not access the pipeline.

“So the best thing to do now is to contained the already spilled oil. The spill is massive. They have shut in operations on the pipeline,” NOSDRA said.

Meanwhile, a group known as Egbema Voice of Freedom has demanded for a thorough cleanup of the affected area instead of containment.

Coordinator of the group, Pastor Evaristus Nicholas, berated NOSDRA for delaying a JIV inspection on the pipeline to ascertain the cause of the spill, insisting that flood was not an excuse.

Nicholas said the spill was noticed on a Friday and within few hours it spread over three communities in the area, and wondered why NOSDRA would permit Agip to commence containment without first ascertaining what caused the spill, in line with the law. 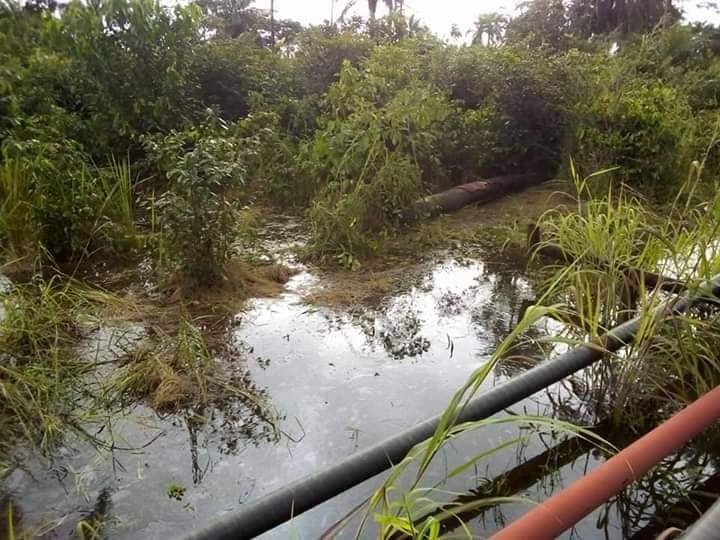 “The spill is massive, it has affected three communities namely Aggah, Ngbede and Okwuze. The flood too has help diffused the oil to other places. Yes I’m aware Agip has come with palliative measures, but what we need is a proper cleaning of our environment. We will be delighted to see a complete clean up of the affected areas. We don’t want containment, what we need is cleanup to regain our environment.

“Flood is not an excuse, why is their name (NOSDRA) a Response Agency? Is the oil they are containing more valuable than human lives, aquatic lives and our environment? There will always be flood in that area because the pipeline is on a river line. Isn’t it a breach of the law for NOSDRA not to carryout a JIV on a spill incident?” Nicholas said.

It will be recall that a massive oil spill from a facility operated by the Nigerian Agip Oil Company, NAOC, rocked Aggah community in Ogba/Egbema/Ndoni Local Government Area of Rivers State last weekend.

The oil spill came barely a month after a massive fire broke out from an oil facility belonging to the same NAOC, in Ubeta community, Ahoada West Local Government Area of Rivers State.