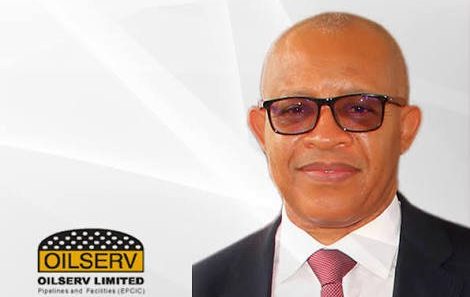 Lagos — Federal government under President Muhammadu Buhari has finally laid the long awaited foundation for the country’s economic recovery with the activation of the highly fundamental Ajaokuta-Kaduna-Kano(AKK) pipeline project.

The flag off of the project addresses anxiety among Nigerians over government’s nonresponsive posture towards unending calls for congenial business environment. It also marked a significant leap in the implementation of the nation’s lingering gas infrastructure blueprint designed to enable the industrial sector of the economy optimize its potentials.

“We promised the nation that we will expand the key critical gas infrastructure in the Country to promote the use of gas in the domestic market. These include the Escravos to Lagos Pipeline System – 2 (ELPS-2), Obiafu to Obrikom (OB3) pipeline and the AKK. I therefore directed NNPC to ensure that these critical projects are completed on time, within budget and specification,” the president stated.

President Buhari summarised the key economic objectives of the project: “When completed, the AKK Gas Pipeline Project will provide gas for generation of power and for gas-based industries which would facilitate the development of new industries and also the revival of moribund industries along transit towns in Kogi State, Abuja (FCT), Niger State, Kaduna State and Kano State.

“This will ultimately create numerous direct and indirect employment opportunities while fostering the development and utilization of local skills and manpower, technology transfer and promotion of local manufacturing. The project is therefore part of the delivery of our Next Level Agenda for sustainable development and enhancement of the economic prosperity of our country.”

Policy Focus
The AKK pipeline which was conceived as part of the Nigerian Gas Masterplan (NGMP) by former administrations of the federal government had remained in the policy shelf for nearly a decade. Its implementation by the present administration is a significant progress from the delivery of the Obiafu-Obrikom-Oben (OB3) gas grid development.

The AKK project is designed to enlarge the domestic gas market by using the energy demand from the northern parts of the country to enhance the commerciality of domestic market play and confer viability on investments in government’s gas commercialization agenda.

According to the Nigerian National Petroleum Corporation (NNPC), the gas commercialization programme is meant to leverage on the nation’s huge natural gas reserve base to stimulate growth and enable Nigeria’s migration from the current mono-economy into a diversified economy.

The AKK project would enable the injection of 2.2 billion standard cubic feet of gas per day (bscf/d) into the domestic market upon completion, and facilitate additional power generation capacity of 3,600 megawatts (MW), the corporation said.

The 614 kilometer pipeline is expected to spark off economic activities that would ultimately deliver on a bundle of broad national economic aspirations in the petroleum industry through which the government targets to position the country’s abundant natural reserves as the key enabler for economic diversification from oil dependence.

According to the project profile from the Nigerian National Petroleum Corporation (NNPC), the $2.592 billion AKK pipeline project will provide channel for the upstream and midstream petroleum industry operators to deliver their natural gas output into the grid and spur industrial evolution along the new pipeline corridors in northern Nigeria.

Economic Significance
Energy is considered most critical among all factors of production, and acute shortage of energy has been the major bane of industrial and commercial enterprises in the country. Thus the AKK pipeline is therefore considered a key factor in sustainably resolving issues of industrial energy for the present and future generation of Nigerians.

Before now, members of the Organized Private Sector (OPS) of the Nigerian economy, especially the Manufacturers Association of Nigeria (MAN), had consistently called on government to provide critical factors of production to make investment in the Nigerian business environment attractive, and economically rewarding.

Leaders in the country’s OPS agree that the best response government has given to the agitation from the business community is to provide hope for production infrastructure that would make the domestic environment more attractive to investment. So, AKK pipeline when realized will be a sustainable factor of production that would enhance the local operating environment for business in the country.

In the upstream sector of the petroleum industry, the AKK pipeline will enable more oil production by helping operators to meet the condition of zero flare development plans. So, operators who have been held down by market limited destination for associated gas are now provided space in the AKK pipeline.

Again, the AKK pipeline promises double barrel economic advantage for the country by earning direct income for government and also helping develop indigenous industrial capacity by providing cheaper, cleaner and more sustainable energy. It will become a consistent revenue earner for all stakeholders including the government by operating a tariff based gas transmission services to assist producers wheel gas to market. It will also entitle government to tax income, equity dividend and direct market returns on volume gas sales.

Also, the AKK pipeline flaunts all the attributes of industrial stimulus.

Manufacturing capacity in Nigeria today is highly constrained by energy issues. Running manufacturing by liquid fuel is far too expensive and unprofitable; power supply for industrial activity is grossly inadequate. So the AKK pipeline holds potentials to feed power plants with adequate fuel energy to generate adequate electricity for homes and businesses. The pipeline can also directly feed industry and commerce with cleaner, cheaper gas energy. In both ways the AKK pipeline is going to enable the industrial sector of the economy optimize its potentials for growth, job creation and contribution to gross domestic product (GDP).

Nigerian Content
Perhaps the biggest value is that the AKK pipeline holds the biggest valid testament to government’s commitment to the Nigerian Content Policy. Save the funding arrangement which necessarily entails Chinese content in the project, the full project scope would have been delivered by the indigenous Oilserv consortium which also delivered the even more challenging Obiafu-Obriko-Oben (OB3) pipeline on which the AKK pipeline is anchored.

More importantly, the involvement of Oilserv makes the project more realistic. The reliance on local expertise also makes the infrastructure more sustainable and cheaper in terms of long term maintenance plan. With the Oilserv consortium government would not suffer maintenance hitches similar to the impasse that plague the local refineries following the refusal of original builders to honour maintenance commitments.

It is therefore taken for granted that the Oilserv consortium would regularly be on ground to guarantee the integrity of the pipeline.

Chairman of the Oilserv Group, Engr Emeka Okwuosa, says that the consortium led by his company is working in concert to provide best in class EPC services for NNPC and Nigeria in consonance with the company’s track record of delivering world class pipeline construction even in most challenging terrains.

“Oilserv is a100 percent indigenous company currently employing more than 600 staff. With this new AKK development, it probably will go to between 1,500 and 2000 at the peak of the personnel matrix. “But the fact remains that we are ready. This is not the first project. We are commissioning the OB3 gas project which is slightly larger than this in terms of diameter. The OB3 is 48 inches in diameter. So we have the experience, we have the personnel, we have the equipment and we are capable and we would deliver this project.

On the projects potential for job creation, Engr Okwuosa declared that the company would significantly increase its workforce during the project’s time frame, adding that additional staff would be recruited from communities that host the project.

In advancing Oilserv’s performance profile in petroleum industry pipeline delivery, Engr Okwuosa declared that the consortium is conversant with driving through tough and challenging terrains.

Group Managing Director of the Nigerian National Petroleum Corporation (NNPC), Mallam Mele Kyari, vouched for the contractors selected for the project. “We are confident that the EPC contractors will deliver the project on time, within budget and to quality specifications,” he declared.

Mallam Kyari stated that “The current Administration under the leadership of His Excellency, President Muhammadu Buhari has made it a priority to ensure revenues from oil and gas resources are utilized to support the emergence and growth of other non-oil sectors of the economy,” inferring that the pipeline is one of the economic diversification efforts of the government.

As Governor Yahaya Bello of Kogi State couched it, use of indigenous Oilserv consortium in delivering the Ajaokuta-Kaduna-Kano pipeline project is one of the most significant economic stimuli that will catalyze growth activities in Nigeria in the prevailing coronavirus era.

The indigenous consortium of companies led by Oilserv Limited is to deliver the first phase of the 40 inch diameter pipeline which would run from Ajaokuta in Kogi State to KP303 between Abuja and Kaduna. The consortium is also to deliver a Terminal Gas Station (TGS) which is a 24 inch 15 kilometer spur line to a planned power station in Abuja.

Governor Bello’s applause for Nigerian Content of the project laid ground for him to take early lead in projecting graduates of his government’s technical training programme for absorption in the construction stages of the project, appealing that the involvement of the local youths would go a long way in building community stakeholding in the project.

Role for Host Governors
The governor’s keen observations also amplified President Buhari’s call on the governors of the states that host the pipeline rights of way provide the contractors the enabling social and security environment to deliver the projects within the specified time frame.

“I am counting on the Executive Governors of Kogi, Niger, Kaduna and Kano States as well as the Minister of the Federal Capital Territory to provide the enabling environment and support for the project,” the president appealed in his speech at the flag off event.

In reiterating the need for well meaning Nigerians to support the pipeline project, President Buhari emphasized the need for the country to lay solid infrastructure for diversification of the economy in the face of emerging dangers of continuing to rely on crude oil export income.

“The lessons learnt from the novel corona virus (COVID-19) Pandemic further underscore the drive of this Administration for export substitution initiatives and projects that will promote local manufacturing. Consequently, harnessing and commercializing our vast gas reserves is an enabler for rapid economic development and diversification of the economy. This remains a cardinal objective of our Administration’s drive towards ensuring a stable, sustainable and more prosperous future for our citizenry,” the president stressed.

As currently planned, the AKK pipeline project is envisaged to be completed by 2023 when the tenure of President Buhari would elapse; a consideration that might have informed the short delivery time lines and segmentation of the contracts among consortiums that have simultaneously started work at Ajaokuta and Kaduna respectively.

Conclusion
It is therefore strongly inferred that President Buhari is conscious of the need to deliver the AKK pipeline before leaving office; a strategy that would avert leaving behind another white elephant project that might build into the unenviable projects list that already contains well conceived but stalled megaprojects like the Ajaokuta Steel Rolling Mills, Kogi State; the Aluminium Smelter Company Limited (ALSCON), and Nigerian Newsprint Manufacturing Company, Akwa Ibom State, just mentioning a few.

Although the pipeline runs into the northern parts of the country, its full economic chain connects the south by providing market and viability for gas production, processing and monetization investments in the Niger Delta.

With its economic benefits connecting all sections of the country and integrating its full business cycle it is therefore critical for all stakeholders, including professional groups, business groups, political administrators and community stakeholders to support the AKK pipeline and enable it deliver full objectives and benefits for all.