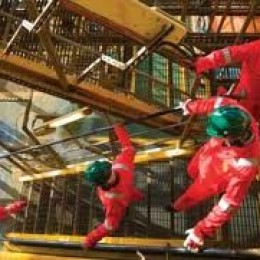 Lagos — Close to half a million jobs were lost in the global oil and gas industry from 2014 to 2016, according to OPEC’s Secretary-general, Mohammad Barkindo quoting a consulting firm Graves & Co.

The OPEC chief revealed this at the 16th annual meeting of the Valdai Discussion Club, Special session on energy – “World Energy Markets on How to Avoid Instability and Ensure a Balance of Interests” held in Sochi, Russia.

According to him, the huge loss was a result of the downturn which befell the industry between 2014 and 2016, leading to the crash in oil prices.

He described the challenges facing the industry as “inherently complex”, adding that no single stakeholder possesses all of the answers or knows all of the questions. He called for cooperation among stakeholders.

“I have spoken at length about this friendship between OPEC and Russia because I believe it is the answer to the question posed in the title of this session: “How to avoid instability and ensure a balance of interests?,” he said.

The explained that the collapse in commodity prices pushed many developing countries to the verge of recession.
“Our industry was in dire straits.”

By July 2016, Organisation for Economic Co-operation and Development, OECD commercial stock overhang had reached a record high of about 403 mb over the five-year industry average.

As a result, the OPEC Reference Basket price fell by an extraordinary 80% between June 2014 and January 2016.

Nearly one trillion dollars in investments were either frozen or discontinued, and a record number of companies in the industry filed for bankruptcy.

“Russia and OPEC knew that in the face of this crisis, action must be taken. Hence, the ‘Declaration of Cooperation’ was signed on the 10th December 2016. This action reversed the downturn and contributed to an improvement in the health of the global economy in 2017 and 2018”.

“Together, we embarked on a remarkable journey over the last three years; one which has served the interests of producers, consumers and the global economy. We decided to further build on this cooperation through the ‘Charter of Cooperation’ which was endorsed at the 6th OPEC and non-OPEC Ministerial Meeting, on the 2nd of July 2019”.

The Charter is a platform to facilitate dialogue among the 24 participating countries, aiming to promote oil market stability, cooperation in technology and other areas, for the benefit of oil producers, consumers, investors and the global economy.

It is a means of enabling the long-term use of oil as a key component in the evolving global energy mix, as well as improving the environmental and efficiency credentials of oil. The ‘Charter’ is geared to promote strategies and technologies to advance the global oil industry.