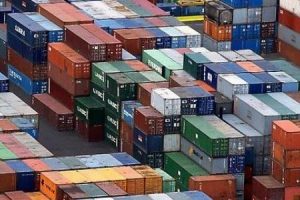 24 May 2018, Sweetcrude, Lagos – The Association of Nigeria Licensed Customs Agents, ANLCA, has accused foreign shipping companies operating in the country of constituting a cabal against the Nigerian port industry.

The foreign shipping lines are, specifically, accused of contravening Federal Government directive on holding bays for their empty containers and not having such in order to defraud the nation’s economy.

Speaking at the Nigerian Ports Authority, NPA, quarterly stakeholders meeting in Lagos, the maritime stakeholders said that despite letters written by NPA to the shipping firms more than six years ago on the issue of container bays, these companies have bluntly refused to yield to the call.

According to Segun Oduntan, Chairman of the Tin-Can Island Chapter of ANLCA, the shipping companies have formed a cabal against the Nigerian port industry.

He, however, stated that the shipping firms were exploiting the uncoordinated system in place in Nigerian ports.

Similarly, an officer of the Nigerian Navy, in charge of the traffic management at the port access roads, Commodore Okon Eyo, disclosed that more than six years ago, a letter was written to the shipping firm to make arrangements for holding bays for their empty containers.

Eyo said that since then, no shipping firm has constructed a holding bay for this purpose.

Eyo, who gave an overview of the causes of the traffic gridlock in Apapa area of Lagos, suggested that if the issue of holding bays for empty containers was not resolved, the traffic situation in the port area will linger.