Lagos — Overcoming climate change is an essential part of TotalEnergies’ long-term growth strategy. The company has stated that its investment policy is designed and strategized to transform Total into a multi-disciplined energy company, which will help it achieve its net-zero target by 2050.

A report by leading data and analytics company GlobalData, titled ‘Company Oil and Gas Development Outlook – TotalEnergies’, highlights TotalEnergies’ increased push in research and development of carbon capture, utilization and storage— such as the Northern Lights project in Norway, as well as plans to invest and develop major wind and solar PV projects over the coming years. 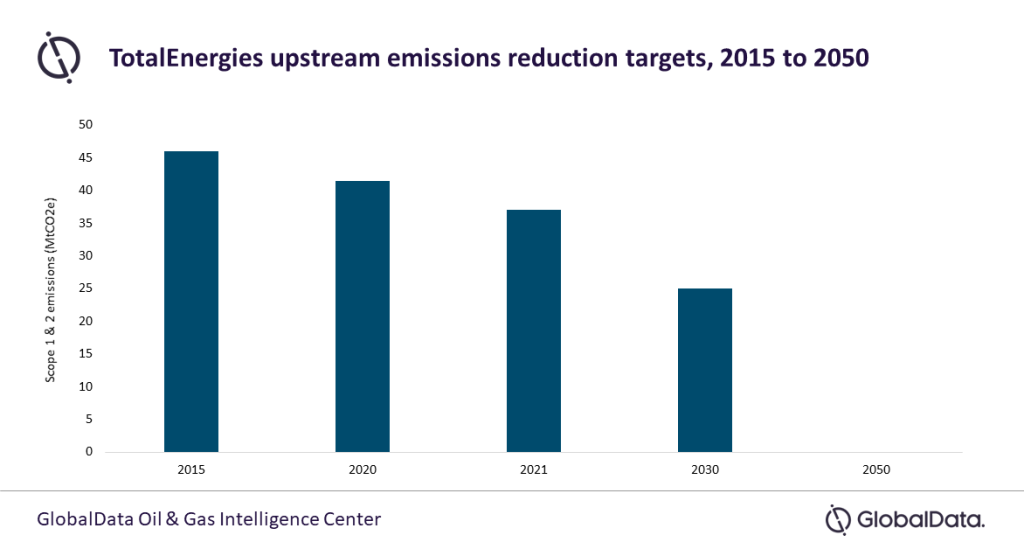 Tom Barrett, Data Analyst at GlobalData, comments: “Diversification of investment is crucial to Total’s long-term strategy. Starting within the period 2022-2025, 50% of the $13-15 billion per year will be allocated to the development of new energies, primarily renewables. Total’s investment policy is attempting to transform the company as it moves towards the net-zero target by 2050.”

A large aspect of the company’s diversification into a more well-rounded energy business also includes the upcoming and announced liquid natural gas (LNG) projects. According to GlobalData’s report, Total’s presence across the entire LNG value chain; from production and liquefaction, trading, shipping, to regasification, has resulted in TotalEnergies being ranked as the second largest LNG player in the world.

TotalEnergies received Final Investment Decisions (FIDs) in 2019 on three major projects that are set to diversify the company’s portfolio: Arctic LNG2 in Russia, Mozambique LNG and NLNG Train 7 in Nigeria. Combined, these have a production capacity of 40.3 million metric tons per year— thus having the potential of helping the company’s target of selling 50 million annual metric tons by 2025.

GlobalData’s report discusses how, due to the geopolitical situation in Russia, TotalEnergies has stopped recording proved reserves for Arctic LNG2 in its accounts and will not provide any more capital for this project, despite its potential to unlock over 7 billion boe from the Utrenneve gas and condensate field. Moreover, the company plans to gradually suspend its activities in Russia while guaranteeing the safety of its team. These principles of conduct were set as TotalEnergies’ condemnation of Russia’s military violence against Ukraine.

Barrett concludes: “The current geopolitical state creates an interesting problem for TotalEnergies that will no doubt have a significant impact on the company, as it was set to contribute up to 19.8 million tons per year towards their natural gas production capacity.

“The Arctic 2 LNG project is just one example of Total’s investment in multiple major LNG projects around the world, and projects in Australia, Nigeria, and Mozambique mean that the company’s investments in this sector are diverse. Total is significantly expanding its regasification capacity through projects in India and France, as gas is expected to become the leading transition fossil fuel in the transition towards net-zero, though renewable energy will eventually dominate.

“Total is already the number two player in LNG, and is involved in the world’s largest LNG project, the North Field East Liquified natural gas project (NFE); LNG is an integral part of the company’s investment diversification, though investment in solar, wind, EV’s and low carbon hydrogen demonstrates Total’s commitment to net zero, as well as its increasingly diverse portfolio of investment.”