Barkindo congratulates Sylva on appointment as Minister of State for Petroleum 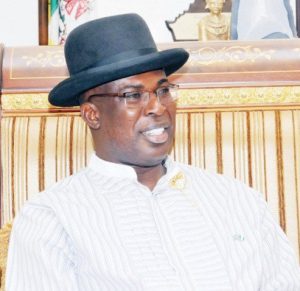 Lagos — Secretary General of the Organization of the Petroleum Exporting Countries, OPEC, Dr. Mohammed Barkindo, has congratulated Mr. Timipre Sylva on his appointment as Minister of State for Petroleum Resources.
“Timi Sylva is a veteran of the oil industry in Nigeria where he served as adviser to former Petroleum Minister, Dr. Edmond Dakouru,” Barkindo wrote on the OPEC secretariat official twitter account, @OPECSecretariat.
He added that Sylva “will bring his rich experience to bear on his new and heavy responsibilities. OPEC looks forward to working with him to advance the implementation of the historic Declaration of Cooperation and Charter of Cooperation.”
President Muhammadu Buhari earlier today appointed Sylva the Minister of State for Petroleum Resources while holding on to the Minister position as he inaugurated his 43-man cabinet in Abuja.
Sylva, a former governor of the oil-rich Bayelsa State in the Niger Delta, was, prior to becoming governor, an adviser to ex-Minister of State for Petroleum, Dr. Edmund Daukoru.