Port Harcourt — Dr. Mohammed Sanusi Barkindo was busy on Tuesday, July 5, less than 30 days to the end of his tenure as OPEC Secretary General. In the morning, he paid a courtesy visit on President Muhammadu Buhari to formally inform him of the end of his two-term tenure, and in the afternoon, delivered a keynote speech at the Nigeria Oil and Gas Conference in Abuja. He told journalists who wanted to interview him, “I will speak to you soon.” Dr. Barkindo wasn’t able to keep the promise. He died at 11pm that same day. 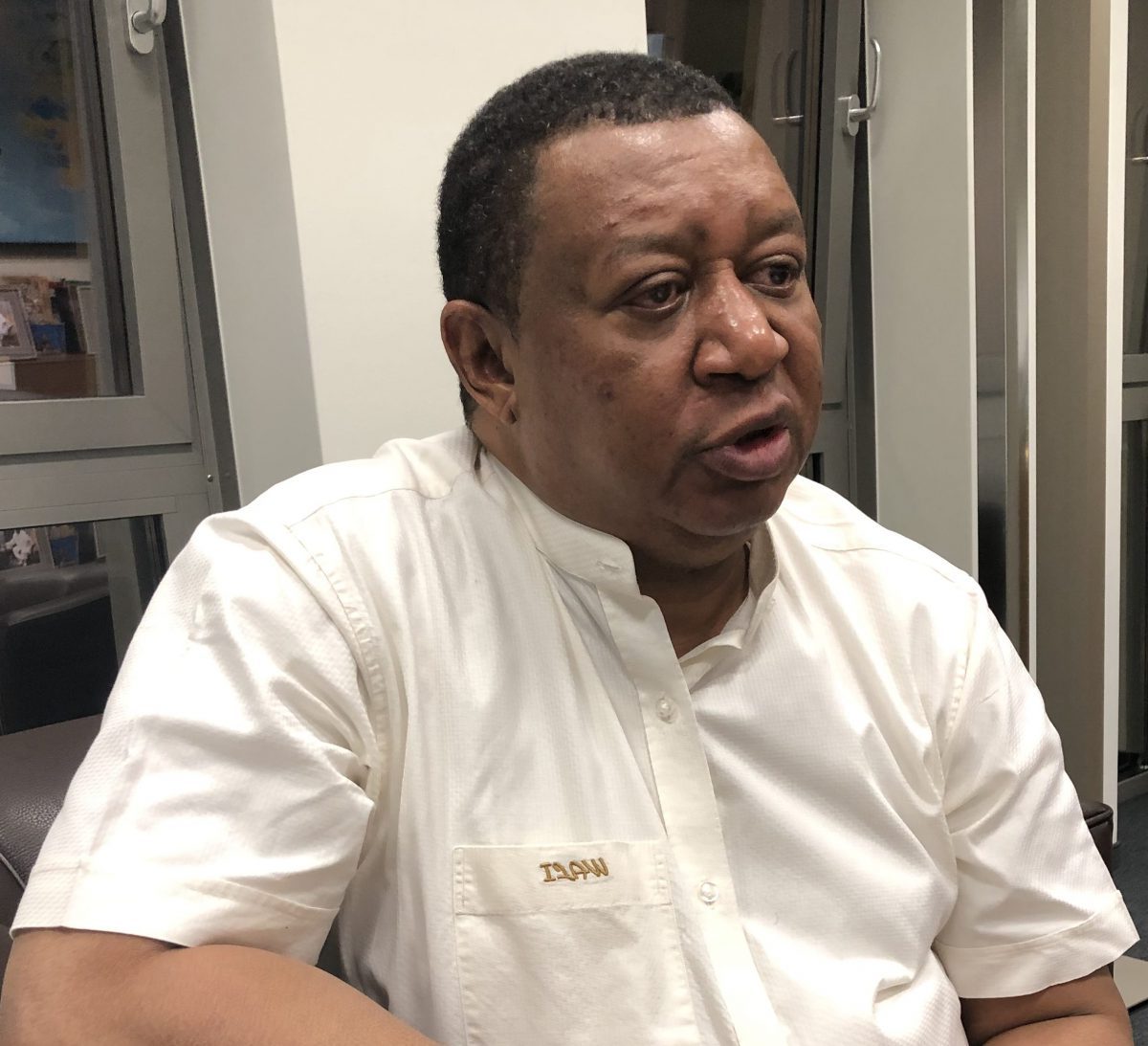 *Mohammed Barkindo answering questions during an interview session with SweetcrudeReports

He had made an earlier promise on August 1, 2016, when he began his first tenure at OPEC. The man was chilling at home when he got called by the then Minister of State for Petroleum Dr. Ibe Kachikwu to take up Nigeria’s slot as OPEC Secretary General. As he (Dr. Barkindo) confessed later at a conference in Abuja, the call was as surprising as it was unexpected from a man he wasn’t particularly chummy with, and for a position he didn’t gun for. As the Adamawa State indigene took up the post, he promised to be a worthy ambassador of Nigeria, something President Buhari confirmed when he received him at Aso Villa during the valedictory courtesy visit. Therefore, when death, the inevitable but unwelcome visitor came calling on the doors of the quintessential oil man, we know that, although he may have left without granting a press interview, his dream of making Nigeria proud by delivering an oil and gas sector with value for all stakeholders lives on.

Dr. Barkindo was an oil diplomat. He knew the tricks and trips of the game. He was adept at expressing his views. Guests at conferences hung on every word from his lips searching for clues and insights in the global energy industry. His conference appearances at home and abroad were replete with news-laden statistics and projections, and he was a constant in many newsrooms. He knew what to say, how to say it and when to say it. He was the right man who came at the right time for the right roles, and Nigeria is poorer for his death at the unripe age of 63. Yet, there was nothing oily in his initial schooling. He took a degree in Political Science at Ahmadu Bello University, Zaria in 1981, a postgraduate diploma in Petroleum Economics from Oxford University in 1988, and an MBA from Southeastern University, Washington in 1991.

Before becoming Group Managing Director of the Nigerian National Petroleum Corporation (NNPC) from 2009 to 2010, he served as Deputy Managing Director of Nigerian Liquefied Natural Gas, and much earlier as Special Assistant to former Minister of Petroleum Resources and OPEC Secretary General, Dr. Rilwanu Lukman. Dr. Barkindo said he owed his strengths and experience in the industry to his close association with Dr. Lukman, who he described as “my mentor.”

Dr. Barkindo’s exploits went beyond Nigeria even before he moved to Vienna as OPEC Secretary General. He was appointed to Nigeria’s delegation to OPEC in 1986, and from 1993 to 2008, served as Nigeria’s National Representative on the Organisation’s Economic Commission Board. He acted as OPEC Secretary in 2006, and represented Nigeria on the group’s Board of Governors from 2009 to 2010. When therefore, he became the substantive Secretary General six years later, he was already on familiar turf and needed no hand-holding.

He was the 28th Secretary General of OPEC, and the fourth Nigerian in the role. This is not a scorecard of his tenure but I will highlight the reach-out to non-OPEC members that has given the group more sure-footing to promote stability in the world oil market. Late 2016, the organisation signed a Declaration of Co-operation with non-OPEC members which proved fortuitous when the covid-19 pandemic set in in November 2019. OPEC producers were forced to cut back 9.6 million barrels of oil per day from the market for two years, the highest ever adjustment in its 62-year history. Working with non-OPEC producers, the organisation was able to restore order and stability in the turbulence that followed.

Dr. Barkindo didn’t forget his roots as OPEC strengthened its African connection. The OPEC ­ Africa Dialogue was inaugurated in June 2021, to support countries in the continent to achieve their full potentials as major providers of sustainable energy on a global scale. The Dialogue came as Africa increased its presence around the table. Dr. Barkindo himself welcomed three new members in his tenure – Equatorial Guinea in 2017 and Congo in 2018 while Gabon rejoined in 2016, after withdrawing its two-decades old membership in 1995. With the new entrants joining Libya, Algeria, Nigeria and Angola, Africa has been the continent with the highest number of member countries in OPEC since 2018.

So what was Dr. Barkindo’s dream? He believed in a global oil market that should serve the interest of producers and consumers. He believed in collaboration rather than confrontation. This led to the Declaration of Cooperation, arguably the most far-reaching and durable in the history of OPEC. At the same time, Dr. Barkindo believed in clean energy and desired oil producers to reform for a better and brighter future. We agree with President Buhari when he told the departing Secretary General: “You have indeed been a worthy ambassador of our country. We are proud of your achievements before and during your appointment at OPEC and the proud legacies you will leave behind.”

But perhaps, we will leave Dr. Barkindo to speak for himself in the address he delivered at the 21st edition of the Nigeria Oil and Gas Conference and Exhibition. “The oil and gas industry globally is under siege. It is essential if we are to develop new technologies, strengthen our human capacity and remain leaders in innovation so that we can do our part to meet the world’s growing need for energy, shrink our overall environmental footprint, and expand access to underserved communities.”