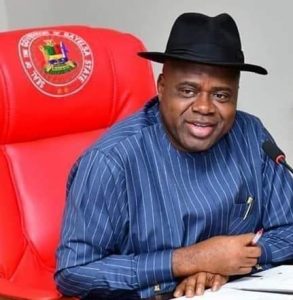 Governor Diri particularly, sought SPDC‘s collaboration in the construction of the proposed Nembe-Brass road as well as the ongoing Yenagoa-Oporoma and Sagbama-Ekeremor road projects in the state.

Diri noted that the long-standing relationship between the state and Shell was historical and inseparable, following the discovery of oil in commercial quantity in Oloibiri, Ogbia Local Government Area of the state.

A statement by his Chief Press Secretary, Mr. Daniel Alabrah, said the governor made the call when the Country Chair of Shell and SPDC Managing Director, Mr. Osagie Okunbor, led a management delegation on a visit to the governor in Yenagoa.

“The history and story of Bayelsa cannot be complete without Shell. We have an intertwined and long-lasting relationship between Bayelsa State (then in the old Rivers State) and Shell.

“As a people, I want to put on record that we have not been fairly treated as those who provide the resources for this country.

“I, therefore solicit for partnership with SPDC on major infrastructure projects like the proposed Nembe-Brass road as well as the ongoing Yenagoa-Oporoma and Sagbama-Ekeremor road projects.”

The governor also reiterated his call on oil companies operating in Bayelsa to relocate their operational headquarters to the state, particularly SPDC due to the historical relationship with the state.

He assured Shell of a conducive working environment, declaring that the stereotype of insecurity in the Niger Delta as a ploy to deprive the goose that lays the golden egg was no longer tenable.

Okunbor noted that Bayelsa was host to some of the company’s most strategic assets, while assuring of sustaining the relationship between the oil firm and the state, through investment in key development projects.

He commended Governor Diri for his leadership qualities and his support for the company’s operations in the state.