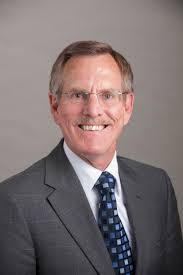 SweetcrudeReports gathered that all states covered by the PHEDC, including Cross River, Bayelsa, Rivers and Akwa Ibom states, were being picketed by members of the ULC.
The National Union of Electricity Employees, NUEE, an affiliate of the ULC, led by its national president, Mr. Martin Uzoegwu, said the picketing will continue for five straight days until they get a response from the electricity company.
Uzoegwu explained that PHEDC had refused to implement the rulings of the National Industrial Court, adding that the company was perpetrating anti-labour actions, especially against its workers.
“We are saying that enough is enough for this injustice meted on these particular people. The court is saying that PHEDC should allow workers to unionise and they (PHEDC) are owing us check-off dues since 2013. The check-off dues have been deducted and they have not submitted it. That is a criminal act and that is why we are here to tell them to do the right thing.”
Also speaking, Rivers State Chairman of ULC, Mr. Charles Eleto, who led protesters to picket the headquarters of PHEDC at Moscow Road, Port Harcourt, said the action was prompted by the refusal of PHEDC to allow the existence of unions in the company. adding that unionism is a fundamental right.
Eleto, who doubles as the Port Harcourt Zonal Chairman of the Nigerian Union of Petroleum and Natural Gas Workers, NUPENG, also berated PHEDC for poor customer service.
“You are aware that consumers pay for meter, but it will always take PHEDC time to issue out meters that have been paid for. Both of us are also witnesses to the outrageous bills given to consumers.
“Then, we come to the workers, who are not given the right to unionise. There is random sacking of workers without due process. Even the ones that the court had ordered that the workers should be reinstated, PHEDC has decided not to do anything. Does that mean we no longer obey the rule of law in this country?” he said.