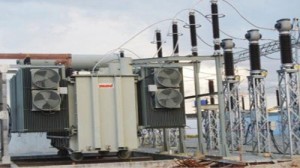 15 March 2013, Abuja – Two more companies have paid up for their acquisition of Power Holding Company of Nigeria, PHCN, distribution companies, DISCOs, in a bid to adhere to the March 21 deadline for the payment of 25 per cent of the cost of the 15 PHCN companies being sold by the Federal Government through the Bureau of Public Enterprises, BPE.

The two companies – Integrated Energy Distribution and Marketing Limited and West Power and Gas Limited (WPG) – paid a total of $90.75 million to the BPE earlier in the week.

The 15 PHCN companies being sold include five generation companies, GENCOs, and 10 distribution companies, DISCOs. They were created from the unbundling of the PHCN under the government power sector reform and privatisation programme.

Integrated Energy, which won the bids for Yola and Ibadan Discos, sources in the BPE confirmed yesterday, paid $57 million for both assets on Wednesday. The sum, sources said, represents 25 per cent of the bid price for both utilities.

The firm, which is chaired by former military head of state, General Abdulsalami Abubakar, is fronted by the trio of Tunde Ayeni, a businessman and chairman of Skye Bank Plc; Captain Osa Okunbor; and Dr. Sola Ayandele. It will be expected to pay the balance of 75 per cent within the next six months.

In addition, WPG Consortium, the BPE confirmed, paid $33.75 million for Eko Disco on Tuesday, being the mandatory 25 per cent initial payment of the transaction value for the distribution asset.

Like Integrated Energy, WPG will be expected to pay the balance of 75 per cent of the bid price for Eko Disco within six months.

The consortium has Siemens as its technical partner and has an array of advisors, including Africapital Management Limited, while Global Emerging Markets is its transaction and financial advisers, Norton Rose of UK and George Etomi & Partners are its legal advisers and Sohn Associates, its technical advisers.

With the payment made by Integrated Energy and WPG, this brings to four the number of bidders, which have paid the mandatory 25 per cent to the BPE for five of the power assets before the deadline.

Last week, Amperion and NEDC/KEPCO respectively paid 25 per cent of the transaction value for the 414MW Geregu power station and Ikeja DISCO.