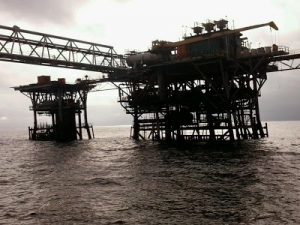 Houston — Brazil expects to collect at least $47 billion in signing bonuses this year from three upcoming offshore oil auctions set for October and November, an official said on Monday.

An Oct. 27 sale of production rights in Brazil’s so-called transfer-of-rights area – one of the world’s most promising offshore oil areas off the coast of southeastern Brazil – could draw $27 billion (106 billion reais) in signing bonuses, said Marcio Felix, executive secretary for oil, gas and biofuel at Brazil’s Ministry of Mines and Energy, at a Houston energy conference.

Two other offshore bidding rounds are set for Oct. 10 and Nov. 7. The Nov. 7 round was expected to generate $20 billion (80 billion reais) and Felix said the October round could yield even more.

In a meeting limited to eight government officials, CNPE is set to gather on May 9 to discuss the guidelines. The meeting follows a plan by state-controlled Petroleo Brasileiro SA to sell eight refineries for roughly $20 billion and focus on its core oil and gas exploration business.

“We welcome this (Petrobras) initiative (to sell refining assets) and Petrobras is independent and can make this decision,” Felix said. “Our concern is how this will (affect) the private sector and how there will be a new market for refining in Brazil.”