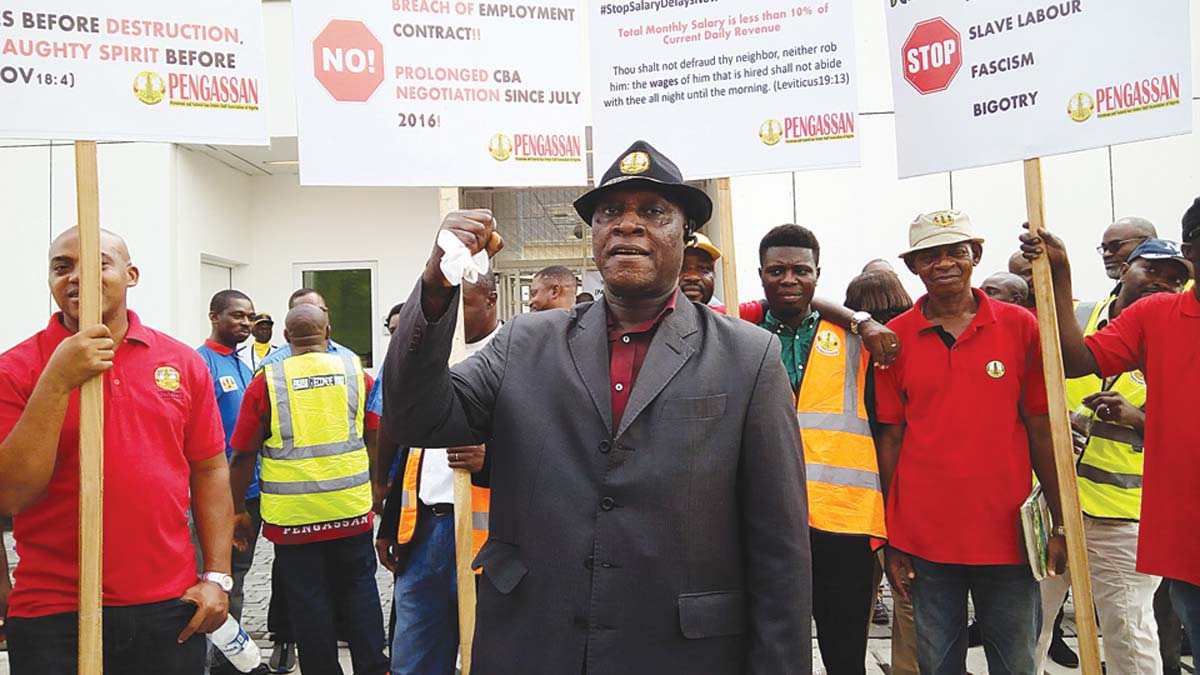 18 December 2017, Sweetcrude, Lagos – Less than 24 hours after it embarked on a nationwide strike, the Petroleum and Natural Gas Senior Staff Association of Nigeria, PENGASSAN, has suspended the industrial action as sacked workers of Neconde Energy Limited, the cause of the strike, were recalled.

It took the intervention of Director of DSS, the Minister of Labour and Productivity, and the Minister of State for Petroleum Resources for PENGASSAN to suspended the strike.
The Neconde management, represented by the managing director and the legal consultants, offered letters of recall to the sacked employees of the company.
The management also agreed to allow union to exist in the company while the Minister of Labour and the union agreed to resolve anti-union posture by other indigenous companies and marginal field operators.
National Public Relations Officer of PENGASSAN, Comrade Fortune Obi, said further discussion on the issue was fixed for second week of January 2018.