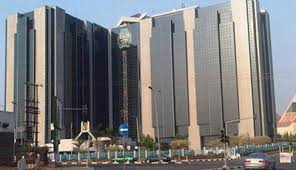 03 May 2014, Lagos – Stakeholders in the nation’s banking industry are set to take the fight against various forms of fraud, including identity theft and cloning to the next level.

From end of May 2014, banks in the country, in collaboration with the Central Bank of Nigeria (CBN) and the Nigeria Inter-Bank Settlement System (NIBSS), plan to go public with the scheme tagged the “Bank Verification Number (BVN).”

The scheme, which was launched on February 14 by Lamido Sanusi, suspended governor of the CBN, under the aegis of the Bankers’ Committee, involves the capturing of basic biometric data of bank customers for storage at the NIBSS.

According to Seyi Adenmosun, the project manager and Isaac Okoroafor, spokesman of the CBN, with the BVN, it is goodbye to the era of anything goes, when serial debtors ravaged the banking industry as they were invincible, obtaining loans from one bank to another with no intention to repay.

It would be recalled that there was a case involving one of the high profile debtors who owed about seven banks in excess of N250 billion, and in some cases using same collaterals, including shares of the banks that gave the loan.

According to the CBN’s report for the first half of 2013 released on February 19, the apex bank said there were 2,478 fraud and forgery cases involving Nigerian banks valued at N22.4 billion. The figure was higher than the 2,300 recorded cases, valued at N7.1 billion in the corresponding period of 2012.

“Of this amount, actual loss incurred by the banks was N3.8 billion, representing 17.1 per cent of the total fraud amount, compared with N2.5 billion in the corresponding period of 2012,” and were carried through diverse means.

In the first half of 2012, according to the CBN Economic Report for the period, there were 2,300 reported cases of attempted or successful fraud and forgery, involving the sum of N7.11 billion, representing a 65.11 and 9.04 per cent rise over the 1,393 cases, valued at N6.52 billion respectively, recorded first half of 2011.

Of this amount, the industry actually lost N2.5 billion, representing 35.2 per cent of the total fraud amount, up from N1.95 billion in the corresponding period of 2011. The crimes were perpetrated through diverse means, including: “fraudulent withdrawals from customers’ accounts, suppression and conversion of customers’ deposits, theft, illegal funds transfer, cheque defalcations, and fraudulent ATM withdrawals, among others. In most cases, the frauds were perpetrated by outsiders, although there were instances where bank employees were involved.”

The Nigeria Deposit Insurance Corporation (NDIC), in its 2011 annual report noted the rise in cases of fraud and forgeries in banks by 53.5 per cent to a total of 2,352, involving the sum of N28.4 billion compared the 1532 cases of fraud involving N21.29 billion reported in 2010.

The report showed that the fraud and forgeries were predominant in 10 banks, which accounted for 87.1 per cent of the banking industry fraud cases in 2011 compared to 51.08 per cent that the top 10 banks accounted for in 2010.

“The increase of 53.5 per cent in the number of fraud and forgeries cases reported in 2011 over the figure in the preceding year could be attributed to rising fraud cases through Internet banking and suppression of customer deposits.

“Examination of banks during the year also revealed that banks were extremely weak in their corporate governance practices and credit administration. Also, most banks recorded insider credit in excess of 10 per cent of paid up capital” the report stated.

The report noted: “A further analysis of the types and nature of the frauds and forgeries committed during the year under review revealed that ATM frauds and fraudulent transfers/withdrawals accounted for the largest number of perpetrations as had been the case in the preceding year.

Addressing newsmen in Lagos at the weekend, Okoroafor and Adenmosun said under the new regime, the situation where “some people go to banks, take a loan, change their identity and go to another bank with their newly assumed identity would no longer be possible.”

When anyone registers for the BVN, Adenmosun explained further, the NIBSS platform would sort through its database to see if an identity match existed. The information obtained would be sent to the banks before numbers are allocated to any customer.

Under the BVN, he continued, “you cannot pretend to be someone else.”

Okoroafor explained that the BVN is based on the individual’s biometric information involving the data capturing of the face and 10 fingerprints.

The BVN, just like the cashless policy, he continued, is part of the overall policy of the financial inclusion policy of the Financial Sector Strategy (FSS) agenda of ensuring Nigeria becomes one of the top 20 largest economies in the world by 2020.

Continuing, he said the BVN “is a silver bullet solution to check fraud, identity theft and enable those who cannot read or write to make financial transactions. It is the number that enables one person has a single identity within the financial system and the banks better know their customers. The essence is to ensure that your identity is not stolen.

“It is the number that bears your identity… that will be your name and cannot change in a lifetime. Once you enroll in one bank, you do not need to enroll in others, as all of your other bank accounts will be tied to it.”

He added that the anti-fraud system in the industry would interface with the BVN database at NIBSS, and when an account used to perpetrate fraud has no BVN, the bank will punished for aiding fraud.

Adenmosun added that the Bankers’ Committee went into the project as part of correctly identifying account holders with the various banks.

“The Bankers’ Committee felt it was necessary, given the spate of fraud in the industry to hold everything together,” he added, stressing that the BVN was adopted to provide every bank account holder with a unique identity, and as part of efforts to ensure accountability.

The deal is such that while banks would continue to have details of their accountholders, the NIBSS would warehouse the total information or biometric data of individuals and then match their various accounts across the banks. As in the case above, the project manager added, even when the banks profile Adenmosun in 10 different forms, he is treated as one person to who all the accounts are linked, so long as the biometric data accompanying the accounts match. It is such that when a person comes to register, the system first attempts a match by sorting through the database, providing the result of such search to the concerned bank to decide the next step of action, even before BVN is issued.

However, Okoroafor explained that the scheme was deployed to all head offices of banks on March 31, the CBN spokesman recalled, following which enrolment of bank staff started in April. So far, he said, 42 of 48 pilot bank branches have been rolled out. He expressed hope that the pilot phase would be completed soon, after which members of the public would be enrolled on the programme. It would, however, begin with 1,000 of about 1,400 bank branches in Lagos, which would once more serve as pilot, due to poor education and the usual resistance by the public to novel ideas in the banking industry.

“We will learn from the hiccups encountered in Lagos, before extending it to other parts of the country.

“Those who are unable to read and write can maintain bank accounts. Nobody will be able to steal your money… Your identity cannot be cloned or replicated,” Okoroafor further assured.

Okoroafor said there is no deadline to the registration, as the scheme is part of efforts by the Bankers’ Committee to protect those doing legitimate business in Nigeria from criminals. He added, “Identity theft is one huge problem in the industry. I do not see why a bank account holder will not want to be part of it to protect him/herself from fraudsters… Every account holder is required to register.”

He assured that enough time would be given for everybody to enroll, just as it remains a continuous exercise that would allow new account holders to be captured anytime they are opening bank accounts.

There is no option, he said, of somebody not willing to be enrolled in the scheme as all accounts would be tied to it, just as he assured that the project was not an individual, but an industry-wide idea, which fortunately has Godwin Emefiele, the CBN-Governor designate, as chairman of the sub-committee that worked on the project.

“It is in the interest of Nigerians and to guaranty the safety of our financial system,” stressed Okoroafor, an assistant director at the CBN.

In answer to the question of what happens in the case of corporate accounts, Adenmosun explained that it is the BVNs of the signatories or are the functional directors that would suffice, and not all of the directors.

Adenmosun also noted that whereas the Nigerian Uniform Bank Account Number (NUBAN), which is to ensure seamless inter-bank transaction for accountholders, it only identifies the customer in his bank, while the BVN identifies the accountholder in the industry.

The CBN released the guidelines on NUBAN scheme in August 2010 to achieve uniform numbering structure among all deposit money banks in Nigeria within nine months.

NUBAN, according to CBN, “has great potential to resolve the observed problems with electronic payments in Nigeria, as many of them are related to specification of wrong beneficiary account numbers.”

Adenmosun, however, admitted that all of the efforts are aimed at mitigating incidence of fraud, as it cannot be stopped totally, since the perpetrators keep working to beat the system, hence the continual restructuring of national currencies by countries to check counterfeiting.

Adenmosun also explained whenever there is a fraud attempt, those involved are identified through their biometrics would be flagged or blacklisted, adding that the BVN would also help in the fight against corruption.

“This is part of the overall strategy also to develop Nigeria’s financial system as part of the FSS 20: 2020,” he assured.

Once a suspect kept on the watch list goes to open account in another bank, the anti-fraud system flags the BVN to guide the bank where the new account is being opened.

Going forward also, he said point of sales terminals would have biometric functionalities.

There are plans also to get the credit bureaus linked with the BVN system as some point of the project.
*Kingsley Ighomwenghian-Daily Independent