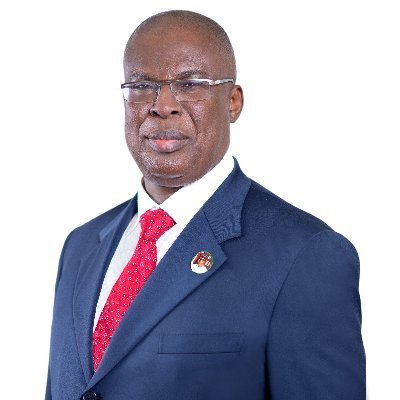 Abuja — The Central Bank of Nigeria, CBN, has entered into collaboration with the Ministry of Petroleum Resources, and has set up a N250 billion intervention facility to help stimulate investment in the gas value chain, under the National Gas Expansion Programme, NGEP.

In its ‘Framework for the Implementation of Intervention facility for the National Gas Expansion Programme,’ released weekend, the CBN stated that the interest rate under the intervention shall be at not more than 5.0 per cent per annum, all inclusive, up to 28th February 2021, thereafter, interest on the facility would revert to nine per cent per cent effective from 1st March 2021.

The apex bank explained that large-scale projects under the intervention would be financed under the Power and Airlines Intervention Fund (PAIF), in line with existing guidelines regulating the PAIF, while small-scale operators and retail distributors would be financed by the NIRSAL Microfinance Bank (NMFB) and/or any other Participating Financial Institution (PFI) under the Agribusiness/Small and Medium and Medium Enterprises Investment Scheme (AgSMEIS).

Others are the establishment/expansion of micro distribution outlets and service centres for LPG sales, domestic cylinder injection and exchange; and any other mid to downstream gas value chain related activity recommended by the Ministry of Petroleum Resources (MPR).

The CBN further stated that manufacturers, processors, wholesale distributors, among others shall be eligible for a maximum term loan of N10 billion per obligor and a working capital of a maximum of N500 million per obligor; while Small and Medium Enterprises (SME) and retail distributors are entitled to term loan and working capital of N50 million N5 million respectively, maximum.

In terms of loan tenor and moratorium, the CBN said: “For manufacturers, processors, wholesale distributors among others, term loans shall have a maximum tenor of 10 years (not exceeding 31st December 2030) depending on the complexity of the project. Each project tenor shall be determined in relation to its cash flow and life of the underlying collateral.

“Term loans shall be allowed maximum of two years moratorium on principal repayment only. Working capital facility of one year with a maximum rollover of not more than twice, subject to prior approval.

“For Small & Medium Enterprises (SMEs) and Retail Distributors, term loans shall have a maximum tenor of five years (not exceeding 31st December, 2030). Each project tenor shall be determined in relation to its cash flow and life of the underlying collateral.

“Term loans shall be allowed a maximum of two years moratorium on principal repayment only. Working capital facility of one (1) year with a maximum rollover of not more than twice and subject to prior approval.”

The CBN disclosed that the initiative, which was to be implemented in collaboration with the MPR, was aimed at improving access to finance for private sector investments in the domestic gas value chain; stimulate investments in the development of infrastructure to optimise the domestic gas resources for economic development; fast-track the adoption of CNG as the fuel of choice for transportation and power generation, as well as LPG as the fuel of choice for domestic cooking, transportation and captive power.

It also added that the initiative was targeted at fast-tracking the development of gas-based industries particularly petrochemical (fertilizer, methanol, among others) to support large industries, such as agriculture, textile, and related industries; providing leverage for additional private sector investments in the domestic gas market; and boosting employment across the country.

The roles of the Ministry of Petroleum Resources (MPR), according to the apex bank’s guidelines, include to receive and endorse project proposals for financing under the intervention; ensure first class independent diligence is undertaken to ascertain the economic impact and commercial viability of proposed projects; partner the CBN and participating bank in monitoring the project till full repayment; and also comply with the provisions of the guidelines.