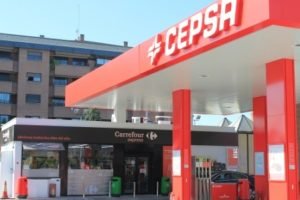 The Spanish parliament is currently debating a bill introduced by the leftist ruling coalition to establish a temporary levy on banks and large energy companies, aiming to raise 7 billion euros ($7.19 billion) in 2023 and 2024 which would be used to ease cost-of-living pressures.

Cepsa is owned by United Emirates’ sovereign fund Mubadala and the Carlyle Group (CG.O). Wetselaar is not the first business leader to criticize the planned tax. Iberdrola‘s (IBE.MC) executive chairman Jose Ignacio Sanchez Galan has also threatened to take the government to court over the tax as has Italian utility Enel, which owns Endesa in Spain.
Wetselaar said the tax as currently designed would impact Cepsa’s investment plan at a time when Spain and Europe need more spending on energy to fight climate change and ensure security of supply.

“This tax is disproportionate and poorly designed because it taxes revenues and not profits, and the two-year span in an environment of high volatility creates tremendous uncertainty,” he said.

On Thursday, Spain’s ruling coalition submitted amendments to its tax proposal for banks but made no changes to the planned levy on big energy companies.

Cepsa said that adopting the European tax model, a levy on profit increases, was the best way to protect the competitiveness of Spanish companies.

The levy on energy companies in Spain includes a 1.2% tax on power utilities’ sales, while the European Commission introduced a temporary tax on windfall profits at oil, gas, coal and refining companies, that
Reporting by Emma Pinedo, Inti Landauro and Jesús Aguado; editing by Susan Fenton – Reuters