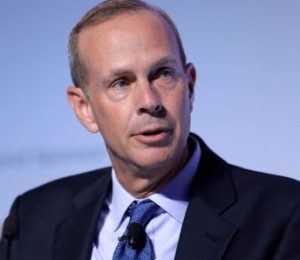 News wire — Chevron Corp’s future growth prospects may be dimming after the oil explorer pumped more crude than it discovered or bought last year, eroding its portfolio of untapped fields.

New finds, acquisitions and expansions of existing oil and natural gas holdings were equivalent to just 44% of the company’s 2019 production, according to a regulatory filing on Friday. That was Chevron’s poorest performance in that important metric since 2010.

The measure, known as the reserves-replacement ratio, is key for investors because it helps them gauge whether an oil driller is doing enough to sustain future production that underpins everything from dividends to buybacks to acquisitions.

For Chevron, whose stock outperformed all other supermajor oil producers last year, the reserves data signals the company may be struggling to locate untouched caches of oil and gas as investors turn increasingly skeptical of the industry’s sustainability.

Chevron also wrote down the value of U.S. gas assets last year as prices for the fuel collapsed.

Royal Dutch Shell Plc said last month that it replaced just 65% of its 2019 output with new discoveries and purchases. And some analysts expect Exxon Mobil Corp. to take a writedown on some fields when it discloses reserves data in coming weeks.

Chevron CEO Mike Wirth made financial discipline his mantra upon taking the top job two years ago. But analysts have questioned whether the company has sufficient projects-in-waiting to increase production through the late 2020s.

Like his predecessors at the California crude giant, Wirth has been reluctant to invest in renewable energy sources that typically generate thinner profits and are unfamiliar to Chevron’s engineers and geologists.

Even within the fossil-fuel arena, Chevron has few major investments planned beyond the middle of the decade. Chevron is “not nearly as reliant” on large-scale oil and gas projects to generate cash in the future, preferring low-risk shale drilling, Wirth said last month. He is due to update investors on the company’s strategy and goals on March 3.

Chevron noted that 70% of its worldwide reserves are concentrated in three countries: the U.S., Australia and Kazakhstan. That level of geographic concentration may give rise to concern among investors because it signals increased vulnerability to legislative changes or regional conflict.