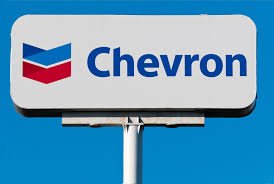 If consummated, the all-stock merger will boost Chevron’s U.S. shale oil holdings and give it vast natural gas assets off the coast of Israel. Noble’s Leviathan, one of the world’s biggest offshore gas discoveries of the last decade, already is supplying gas to Israel, Egypt and Jordan.

Last year, Noble sought a partner to help finance the multibillion-dollar investment required for Leviathan, according to Tuesday’s Securities and Exchange Commission filing.

The company denied Chevron an opportunity to visit the Leviathan facility in February, but weeks later agreed to a confidentiality agreement to begin discussing their operations in the region, according to the filing.

As global energy markets collapsed that month and Noble reported a first-quarter loss of nearly $4 billion, its board opted for a sale of the company rather than a regional partnership, according to the filing.

It contacted eight companies to gauge interest in a stake in its Eastern Mediterranean holdings and held talks with six potential buyers. The alternatives to Chevron were either “high risk” or “did not result in any material benefit,” according to the filing.

Chevron’s bid valued Noble at $10.38 a share, a 7.5% premium to its closing price before the deal was disclosed. Including assumption of debt, the price tag for the purchase is roughly $13 billion.

During their talks, Chevron agreed to raise its exchange ratio while Noble dropped a force-the-vote provision and agreed to pay a higher termination fee if the deal did not close.

The purchase still faces a vote by Noble shareholders, who are expected to approve it. Chevron shares on Tuesday were off 6 cents at $89.67 while Noble’s lost 4 cents at $10.65. The proxy filing came after 4 p.m.