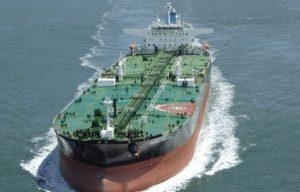 Singapore — China’s crude oil imports in September were 2% below their level a year earlier, data showed on Monday, as independent refiners curbed throughput amid thin margins and lacklustre demand.

However, state-run refiners lifted fuel exports to the highest monthly volume since June 2021 to cash in on robust export margins, according to data from the General Administration of Customs that was released a week behind schedule.

The world’s largest crude importer brought in 40.24 million tonnes of crude oil last month, equivalent to about 9.79 million barrels per day (bpd). While that was up from 9.5 million bpd in August, shipments remained below the nearly 10 million bpd imported a year earlier.

Imports for the first three quarters of the year totalled 370.4 million tonnes, or about 9.9 million bpd, 4.3% below the corresponding period last year. This marks the first annual decline for this period since at least 2014.

While state refineries have mostly returned from outages and planned maintenance, independent refiners, which make up about one-fifth of China’s crude oil imports, have continued to hold down production.

“The sentiment is very low. Margins are not good, plants were not motivated to increase runs,” a Singapore-based trading executive with an independent refiner in eastern China said ahead of the data release.

However, the data showed that exports last month of refined fuel – including diesel, gasoline, aviation fuel and marine fuel oil – soared 36% from a year earlier to 5.64 million tonnes.

Year-to-date exports were down 27.6% at 35.45 million tonnes, as a result of Beijing’s policy adopted in late 2021 to limit fuel exports and excessive refinery processing.

But, in late September Beijing released a large set of fresh fuel export quotas to boost its sagging economy, which could see exports recover further through the first quarter of 2023.

However, volumes were 4.4% lower than a year earlier,

with LNG imports being the drag as companies avoided pricey spot purchases.

Gas imports for the first nine months of the year were down 9.5% year-on-year at 81.16 million tonnes.