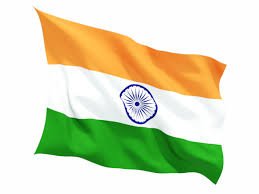 London — India’s oil consumption is growing well below its long-term trend as the country struggles with a widespread economic slowdown, including a slump in new vehicle sales.

The slowdown is part of a worldwide economic deceleration, which is weighing heavily on the motor industry.

But because India has been so important for growth in oil demand over the last two decades, its downturn is materially shifting oil’s global production-consumption balance and weighing on prices.

India’s slowdown threatens to trim at least 100,000 barrels per day (bpd) from global consumption growth in 2019, helping push world growth down to 1 million bpd or less this year.

In the last two decades, India’s consumption increased at an annual average rate of around 5% compared with a worldwide average of 1.5%, making the country a major source of incremental demand.

But the country’s consumption was up by just 1.45% in the three months from June to August compared with the same period a year earlier, down from more than 8% year-on-year at the start of 2018.

Gasoline, used by private motorists, is now growing less than 10% year-on-year, down from more than 13% in the first quarter of last year, according to the Ministry of Petroleum and Natural Gas.

Diesel, used for moving road and rail freight, as well as on farms and in small-scale power generation, and the fuel most closely linked to economic activity, is increasing by just 1.3%, down from more than 9% in early 2018.

Domestic passenger vehicle sales in the three months to August were down by nearly 27% compared with the same period last year, the sharpest fall for at least 16 years.

Falling sales have led to tens of thousands of layoffs by domestic motor manufacturers, parts makers and distributors, which are rippling through the rest of the economy and labour market.

Lower sales will also translate into slower growth in the vehicle fleet and fuel consumption, especially gasoline, over the next year.

India’s central bank has cut interest rates four times so far in 2019 and the union government has announced an ambitious package of corporate tax cuts to stimulate the economy.

Until the economy recovers its momentum, however, it will remain a major drag on the global oil market and prices.
like us facebook