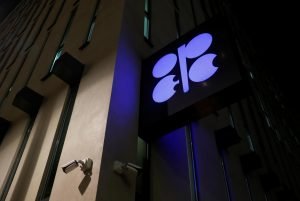 Hamm, who heads one of the largest U.S. shale companies, urged energy producers to curb spending and production, echoing his position two years ago when cuts by the Organization of the Petroleum Exporting Countries (OPEC) paved the way for greater U.S. shale output.

In comments that touched on oil demand, U.S. trade with China, and production hedging, Hamm said at the EnerCom energy conference in Denver, Colorado, that he expected OPEC and its allies to further cut output.

U.S. shale producers “need to row our own boat,” he said. “We need to make sure we don’t oversupply the market.”

OPEC and allies including Russia this year extended production curbs to March 2020 to prop up oil prices. But U.S. producers have continued to pour more shale into global markets, dampening prices and hurting profits.

U.S. shale producers have cut the number of active drilling rigs, but he said reductions “haven’t bottomed yet,” noting that “we’re heading for 800” onshore rigs. The U.S. oil and gas land rig count was 909 as of last week, according to data from General Electric Co’s Baker Hughes.

That decline comes as investors have pushed oil companies to focus on boosting returns rather than expanding drilling when prices are low.

“Capital discipline is more important now than at any time I’ve seen it,” said Hamm. “We can oversupply the market, and we have,” he said, referring to production.

Hamm, who has famously opted out of a hedging program, reiterated his position to investors, saying he believes it is “dangerous” to hedge a lot of oil today.

“We saw a whole lot of people under water with oil hedges last year,” he said.

He also called the ongoing U.S.-China trade dispute “a biggie” which has hurt his business. But he noted that the Trump administration was “doing the right thing and making it tough on them.”

He was bearish on natural gas development, even as companies are racing to build liquefied natural gas (LNG) export terminals to handle an influx of shale gas.

New LNG terminals will provide an outlet for production, he said, but added that “anyone drilling gas prospects today, they shouldn’t be.”