Cost of Mexico oil refinery rising to up to $12 bln, president says 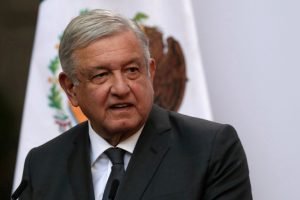 Mexico City — A major new oil refinery under construction on Mexico’s Gulf coast will ultimately cost between $11 billion and $12 billion, up from around $8 billion originally estimated by the government, President Andres Manuel Lopez

Lopez Obrador told reporters at his regular morning news conference that the flagship project owned and operated by state-run oil company Pemex will be ready to start producing gasoline in 2023.

The leftist president argues that the Olmeca refinery, Mexico’s first such new facility built in four decades, is needed to wean the country off of foreign supplies of motor fuels, mostly imported from U.S. refiners.

The refinery, with a crude oil processing capacity of 340,000 barrels per day, will be Pemex’s largest once it comes online.

Reuters reported in April that the refinery was running over budget and unlikely to come online this year as promised, according to documents and sources close to the project, despite being a presidential priority.

Lopez Obrador conceded that the project’s price tag has exceeded its initial budget, but that it has been approved by Pemex’s board of directors.

“There has been an increase,” he said, referring to the project’s budget, which he said has grown by between 20%-30%.

It was not immediately clear why the percentage increase given did not match the U.S. dollar figures provided.