Deep Blue project: Minister threaten not to pay the balance of contractor’s fee 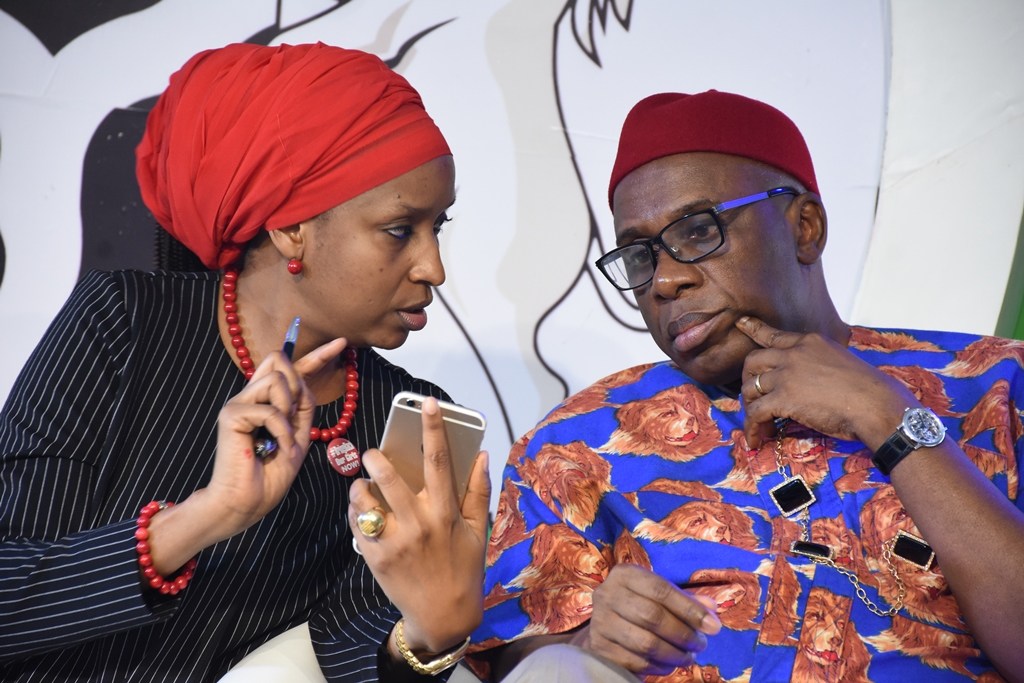 Minister of Transportation, Rotimi Amaechi (right), and the Managing Director of the NPA, Hadiza Bala Usman

*As Navy laments non-involvement of the projects

Lagos — The Minister of Transportation, Mr. Rotimi Amaechi has threatened to withhold the balance of the contract fees of the Deep Blue project if all the terms of the project were not met.

Speaking during an inspection tour of the equipment of the project in Lagos, Amaechi told the contractors that if the Navy was not trained on the operations of the fast intervention vessels amongst others derivatives that were to be met, the balance of their fees will not be paid.

During the tour at the Navy town where some of the equipment are currently domiciled.

One Capt Mohammed whose first name this reporter could not immediately ascertain told that Minister that the vessels have been docked at the Naval dock yard in Navy Town without any form of training.

Mohammed also disclosed that even when Navy demanded for the drawings of the vessels so as to study them for better understanding of their operations, they were not obliged.

According to Mohammed, the Navy should have been carried along from the beginning of the project right from the design stage of these vessels.

The at this point urged the Director General of the Nigerian Maritime Administration and Safety Agency, NIMASA, to speed up the training arrangement for the Naval personnel that will man these vessels.

He stated since civilians are not allowed to carry arms on board, we will need the Navy in this regard adding that exposing civilians to arms is also against the convention of the International Maritime Organization, IMO.
He said: “The boats were not meant to be equipped with arms because it is against IMO regulations. NIMASA cannot do without the Navy, subsequently the Navy should know everything about the vessels.

“There is too much secrecy in involved in the operations of the vessels. We will not pay the second part of the money until the Naval personnel are fully trained.”

At this point, the Minister demanded four copies of the drawings and designs of the vessels within the shortest possible time adding that the balance of the contractors’ fees will not be paid.

Speaking on the development, one of the Captains in charge of the fast intervention boats Capt Niksa Nundov, a Croatian told Vanguard Maritime Report that there is planned three months training for the operators of the boats.

Dundov explained that the training programme is broken into three phases namely a month of class room work, another month of practical work on the vessels and another month for supervision of the trainees.

He also said that he has been on the vessel in the last fifteen months as against the planned three months adding that he is making plans to return home to his family for the Christmas.

He also blamed the delay on the pandemic of the Corona Virus that is currently ravaging the world.

He said: My contract with this project is very short; it ought to have ended some few months back