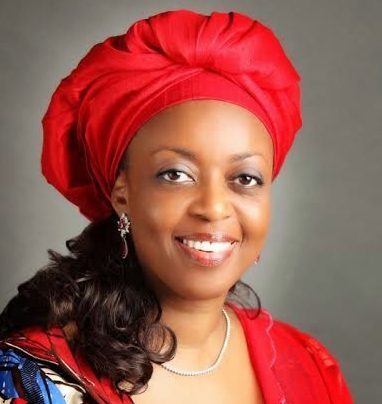 An investigator with the EFCC, Usman Zakari, said the former minister allegedly distributed the money to People’s Democratic Party (PDP) chieftains and others.

Zakari was testifying before Justice Muslim Hassan in the trial of former Minister of the Federal Capital Territory, Mrs. Jumoke Akinjide.

She was charged along with former Senator representing Oyo Central Senatorial District, Ayo Adeseun; a PDP leader in Oyo State, Chief Olarenwaju Otiti and Mrs. Alison-Madueke, who is said to be at large.

The EFCC accused them of conspiring to directly take possession of N650 million, which they reasonably ought to have known was part of proceeds of an unlawful act, and without going through a financial institution.

Zakari, the second prosecution witness, said Akinjide and others allegedly received N650million cash in March 2015 at the Dugbe branch of a bank in Ibadan on Mrs. Alison-Madueke’s instructions, and that the money was part of N23billion which the former oil minister kept in the bank.

According to the witness, the N23 billion was the naira equivalent of $115.01million which Mrs. Alison-Madueke allegedly collected from three oil marketers, including Lano Adesanya, ahead of the 2015 general elections.

Led in evidence by prosecuting counsel, Mr. Rotimi Oyedepo, Zakari said the commission received a “Category A intelligence” about a meeting at Mrs. Alison-Madueke’s house in December 2014 with the bank’s Managing Director and some oil marketers.

According to Zakari, she told the bank chief that the oil marketers would bring hard currencies to the bank, and that he should keep the money until further directives.

“An individual, Lano Adesanya, brought the sum of $1.8million. Our findings further revealed that the three oil marketers made payment of the sum of $89million and some fractions.

“Investigations further revealed that the then petroleum minister’s aides made available $25 million and some fractions in suitcases,” the witness said.

Zakari said Mrs. Alison-Madueke directed the bank to convert the dollars to naira, which was complied with, after which she allegedly directed that the defendants be paid.

“They signed for the money and took it to the residence of the first defendant (Akinjide). The defendants made cash payment of N650million without going through any financial institution, an amount which was more than the amount authorised by law to be paid in cash,” Zakari said.

He said Akinjide and Adeseun “admitted making cash payments in that amount.”

Defence counsel Chief Bolaji Ayorinde (SAN) and Michael Lana urged the court to expunge Zakari’s evidence because he did not personally witness the meeting at Mrs. Alison-Madueke’s house or the cash withdrawal at the bank.

But, Oyedepo argued that Zakari’s evidence was not hearsay but was based on his investigative findings.

“In view of the fact that the evidence that PW2 gave was the discovery he made in the course of his investigation, the law is settled that such evidence cannot amount to hearsay,” Oyedep said.