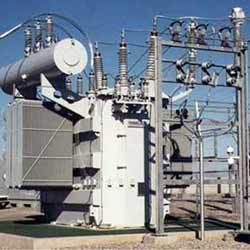 Out of the complaints, a total of 146,326, 84.66% representing a decrease of 3.05 percentage points from the preceding quarter were attended to.

The report shows that Ibadan and Abuja DisCos had the lowest customers’ complaints resolution rates based on the proportion of complaints not addressed in the third quarter.

A review of customer complaints statistics indicates that estimated billing, metering, and service interruption remain the most significant areas of concerns for customers, accounting for 49.69% (i.e.,85,890) of the total complaints in the third quarter of 2019.

In the same vein, NERC’s forum offices had a total of 3,602 complaints in the third quarter of 2019, including 1,038 pending complaints from the second quarter of 2019 from customers who were dissatisfied with DisCos’ decision in resolving their lodged complaints.

In the same period, the NERC’s forum panels had 72 hearings and resolved 64.13% of the complaints lodged at forum offices nationwide, representing 14.83 percentage points increase from the resolution rate recorded in 2019/Q2 and indicates an average resolution of 32 cases per hearing, according to the report.

DisCos association says govt owes it N1.7trn as at December

Whereas some of the pending cases are due to incomplete submission and/or abandonment by consumers, NERC said its respective forum offices are committed to quickly resolving all outstanding complaints in line with the operating manual of the Commission.

“To further improve customer care in NESI, the Commission is working toward establishing additional Forum Offices in a bid to achieving its objective of establishing at least one Forum Office in each state of the federation”.