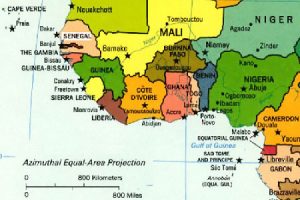 11 July 2018, Amsterdam – The Netherlands says it was monitoring fuel trading more closely after discovering inadequate reporting of toxicity levels in fuel mixed and stored in European Union ports and bound for West Africa.

The Human Environment and Transport Inspectorate (ILT) said it was conducting six criminal inquiries into trading in fuel exported to West African countries, where quality standards are lower. It did not give details of the inquiries.

The UN environmental, which has been pushing West African nations to toughen fuel quality rules, welcomed the report and said “shipping of dirty fuels to West Africa has been nothing short of an environmental and public health scandal.”

In a 47-page report on the trade, the Dutch regulator said: “Gasoline and diesel may contain more carcinogenic and toxic substances than in the EU … They use low-quality and unhealthy blend stocks when blending diesel and gasoline for West Africa.”

“Since accurate track is not kept of what is added to the blends, heavy fuel oil may be produced that represents an unknown risk to people and the environment when stored, transshipped or burnt in vessel engines,” it said, adding that it would increase spot checks of fuel mixed in the Netherlands.

The regulator, which monitors trading in the capital Amsterdam and Rotterdam, Europe’s biggest fuel bunkering hub and the third biggest in the world, said the practice violated European rules for chemicals and, in some cases, the EU’s Waste Act.

Each year, roughly 10 billion litres of blended car fuel and 10 million tonnes of heavy shipping fuel oil, are mixed and transported out of the Dutch ports.

In its recent checks, ILT said it had found heavy fuel and automotive fuel blends with toxic chemicals that exceeded levels accepted for use in vehicles in the EU, exposing the gap between European rules and those in West Africa.

ILT spokeswoman Lianne Sleutjes said six criminal inquiries have been launched that would examine the supply chain. She did not elaborate.

The report, which did not name any businesses involved in any wrongdoing, said gasoline blends that were being investigated “contain manganese, a substance that is prohibited in Europe.”

“This means that the product is carcinogenic to a higher degree and leads to more particulate matter emissions when combustion takes place in a diesel engine,” it said.