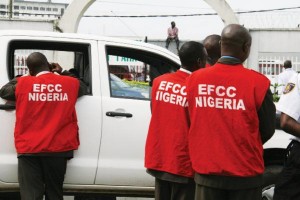 They were alleged to be illegal operators of refineries located at Ohaobu-Ndoki village in Ukanagu Local Government Area of Akwa Ibom State and which have a capacity of 33,000 litres of petroleum products.

When the charges were read to the suspects, they pleaded not guilty to the charges and the defence counsel, B.B. Mfon, applied for their bail, which the judge turned down.

The Judge denied them bail on the grounds that he intended to conclude the case as quickly as possible. He therefore adjourned the proceedings to April 27 for continuation of trial, and ordered that the accused persons be remanded in prison custody.

The suspects were arrested on March 2 by the State Security Service (SSS) at Ukanagu Local Government Area, along with three others – Sunday Udedike, Yusuf Lawal and Abdullahi Haruna – who are presently at large.

The following were recovered from the suspects when they were arrested: A 33,000 litres capacity Iveco turbo star truck loaded with automotive gas oil, 33,000 litres capacity DAF 85CA truck loaded with crude oil, two pumping machines, two barges, three speed boat engines and the Illegal refinery and installations which had been operational for the last twelve months.

The illegal refinery is located close to a waterway through which illicit crude oil from barges could be easily siphoned into storage tanks for refining.