Cairo — Egypt’s economy will grow fairly steadily over the coming three years, with inflation gradually declining from double digits and the pound weakening in the near-term, a Reuters poll showed. 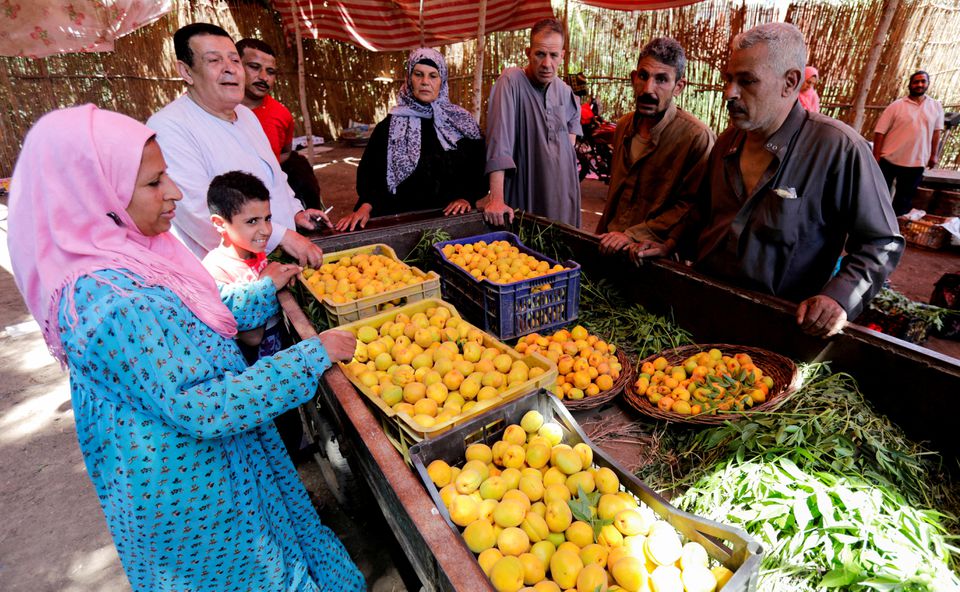 Gross domestic product (GDP) is forecast to expand a median 5.5% in the fiscal year that began this month, according to a Reuters poll of 19 economists taken July 6-20, up slightly from 5.2% predicted three months ago.

After emerging from the worst of the coronavirus slowdown, Egypt’s economy was dealt a new shock by the knock-on effects of Russia’s invasion of Ukraine, as investors pulled billions of dollars out of its treasury market.

Egypt is one of the world’s top wheat importers and has suffered from rising oil and grains prices. It imported most of its wheat from Russia and Ukraine, two countries that also supplied a large number of tourists. read more

The country is one of a cluster that have sought fresh support from the International Monetary Fund. read more

“I have a feeling all of that indirectly would provide some relief for emerging economies that are import dependent,” he said.

Inflation, at its highest in three years but down slightly to 13.2% in June, will remain in double digits as long as the Russia-Ukraine crisis and sanctions against Russia continued, Sandeep said.

Survey respondents expected inflation would be lower over the next two years, slowing to an average of 10.0% in the current fiscal year, followed by 10.4% next year.

Poll respondents saw inflation falling back to a median 8.0% in the 2024/25 fiscal year, within the central bank’s target range of 5%-9%.

On March 21, Egypt’s central bank allowed the currency to weaken to about 18.45 to the dollar from its previous level of 15.70. On Wednesday, the pound traded at about 18.94 pounds to the dollar.