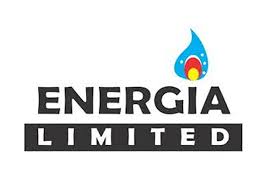 29 November 2018, Sweetcrude, Lagos — About 32 ex-workers of an indigenous oil and gas producing company, Energia Limited, have levelled various allegations against the company, including lack of due process, in their disengagement from the company.

They also alleged unfair treatment and inadequate remuneration while in the company’s employment.

The workers had recently petitioned the Department of Petroleum Resources, DPR – the oil and gas industry watchdog – outlining their grievances with Energia and seeking the intervention of the agency to get the indigenous oil company compensate them for alleged wrongful dismissal from work.

One of the aggrieved workers said the management of Energia disregarded the rules governing the oil and gas industry as well as the company’s own rules in sending him and his affected colleagues away from the company.

He disclosed that with no succour coming through the petition to the DPR so far, the workers had no option than to head to a Lagos High Court to seek redress.

The source said the ex-workers are asking for N2 billion compensation from the company.

Efforts to reach the management of Energia for comments on the matter was unsuccessful. A message sent through the company’s website did not elicit a response at the time of going to press.