Energy prices to rise for millions of households in Britain 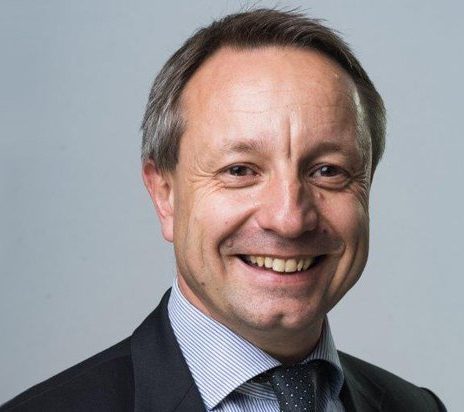 London — Energy prices will rise for millions of people across the UK in April, at a time when finances are squeezed.

The typical gas and electricity customer is likely to see their bill go up by £96 to £1,138 a year.
Charities say the timing is a “double whammy”, coming at a time when the government’s Covid-related support schemes are due to be wound down.

Ofgem said rising wholesale costs were behind the increase, adding that the existence of the price cap meant households saved £100 a year, and they could also switch to a better deal.

Jonathan Brearley, chief executive of the regulator, said: “Energy bill increases are never welcome, especially as many households are struggling with the impact of the pandemic. We have carefully scrutinised these changes to ensure that customers only pay a fair price for their energy.

“As the UK still faces challenges around Covid-19, during this exceptional time I expect suppliers to set their prices competitively, treat all customers fairly and ensure that any household in financial distress is given access to the support they need.”

He said a rise in spring, when less energy was used, was better than waiting until the autumn.
Peter Earl, head of energy at price comparison website Comparethemarket.com, said: “Raising energy costs for millions of households by an average of £96 is an extraordinary move in the current environment.

It calls into question the whole point of a price cap which was designed to protect the most vulnerable households.”

Who is affected?
The price cap, set twice a year by the regulator, affects 11 million households in England, Wales and Scotland who have never switched suppliers or whose discounted deals have expired. Northern Ireland sets its own cap.

That accounts for about half of all UK households. The remainder are on so-called fixed deals, which will not be affected.
The cap for prepayment meter customers will go up by £87  to £1,156, affecting another four million customers.

The caps set the prices that suppliers can charge for each unit of energy, but that does not mean there is a limit to how much people can pay. The more gas and electricity you use, the higher the bill.

Lockdown life means Lyn Clark, like so many others, has been spending a lot more time at home. Her energy bills have been rising as a result.

“I’m trying not to switch on heaters in the rooms that are not being used,” she said.

While prices are capped on default tariffs, the amount people pay in total is likely to have risen during more time at home.

Mrs Clark said she had been doing her best to keep the costs down.

“I find myself putting on extra layers,” she said. “I also go for a walk each lunchtime to make sure I’m warmer.”

Why are prices rising?
In October, Ofgem lowered the price cap by £84, but it has now more than reversed that with the rise scheduled for April.

The extra allowance for suppliers to raise prices is the result of greater costs on the wholesale markets.

It also includes an allowance to charge an extra £23 a year to cover bills that have not been paid. Ofgem said a further delay in recouping these costs would only create greater costs next winter.

Charities point out that raising prices for everyone on these tariffs is likely to increase the number of people unable to pay.

Are people struggling to pay?
Citizens Advice said its research in December indicated that 2.1 million households were behind on their energy bills, a rise of 600,000 compared with before the pandemic.

It was concerned that the planned removing of assistance for recipients of universal credit, as well as other government financial support schemes being wound down, meant there were serious worries over debt.

Alistair Cromwell, acting chief executive of Citizens Advice, said: “This increase will be a heavy blow to a lot of households. For many people on universal credit it will come at the same time as the £20 a week increase to the benefit is set to end.

“With a tough jobs market and essential bills rising, now is not the time for the government to cut this vital lifeline”.

Adam Scorer, of National Energy Action, which has also warned of financial pressures on households, said: “People on the lowest incomes and in the worst housing are always hit hardest.
“Heating a poorly insulated home costs around £50 a month more than a decent home. If bills rise by £96, millions of households have two stark choices; stay cold or fall further into debt.”

He argued that prepayment meter customers should not have been included in the cap as they found it difficult to switch.

Even if households do switch, the cost of so-called fixed-rate deals has also been rising. The cheapest on the market rose by more than £50 in the last three months of the year to £851.

Emma Pinchbeck, the chief executive of Energy UK, a trade body for energy suppliers, said the price cap was set to be fair to customers and suppliers.

“Today’s rise reflects that the cost of buying energy – by far the biggest part of the bill – has risen significantly over the last few months,” she said.

“It also includes a greater allowance for debt given the difficulties many customers are facing in paying bills at present.”