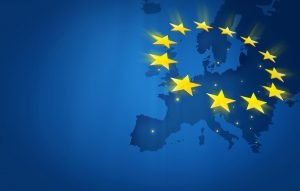 Brussels — The European Commission hopes to cut carbon dioxide emissions from the aviation industry by up to 10% by making flight paths more direct and reducing delays due to congested airspace.

In 2019, such routes and delays cost the bloc 6 billion euros (5.53 billion pounds) and pushed out 11.6 million tonnes of carbon dioxide, the Commission said.

Extraordinary measures in 2018 and 2019 during a capacity crisis also led to the re-routing of flights, meaning avoidable emissions could reach 10% of the total. Aircraft pushed to lower altitudes also burn more fuel.

To achieve this, the Commission suggested air navigation charges should be based on the environmental impact of a flight and a greater role for network manager Eurocontrol. It also called for a European market for air traffic data services.

The proposals come after Europe’s airlines, hit by the coronavirus crisis, called for greater flexibility in air traffic management to make it easier to adjust capacity to demand.

Data from airports group ACI Europe points to a “double-dip” air traffic slump, with passenger numbers down 73% in the first two weeks of September.

The reforms would update the Single European Sky initiative of 2004 that sought to end the fragmentation of European airspace and improve safety and cost-efficiency.

The Commission proposed a revision of the rules in 2013, but EU governments failed to reach an agreement as Britain and Spain argued over Gibraltar airport. After Brexit, that is no longer an obstacle.

Tuesday’s proposals will need approval from the European Parliament and the EU’s 27 countries to enter into force.