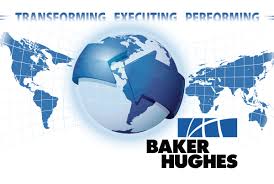 01 November 2017, Sweetcrude, Port Harcourt – Ex-employees of Baker Hughes Nigeria Limited have sought the intervention of the National Industrial Court of Nigeria in their bid for adequate redundancy payment from the company.

The ex-workers carried out a protest at the National Industrial Court in Port Harcourt last week. Numbering up to 10, the placards-carrying protesters said they were forcefully disengaged by the company since 2015 without commensurate severance benefits, as was obtainable in other countries where the company was operating, including in such African countries as Gabon, Cameroon and Congo.

Leader of protest, Mr. Lawson Oludi, said over 300 workers were forcefully disengaged by the company and over 20 workers have died during active service in Baker Hughes without dead workers’ compensation.

Oludi, who called on the Chief Executive Officer of Baker Hughes Nigeria, Mr Martin Craighead, to obey the Nigerian labour laws on redundancy, explained that Nigeria contributes 51 percent of revenue of the company globally, yet the company has refused to treat Nigerian workers equally with their colleagues in other countries.

According to him, “Baker Hughes is the third biggest oil servicing firm in the world, we were all employed by the company and we contributed in our own way to ensure that the company succeeded in Nigeria.

“Then all of a sudden, Baker Hughes began to forcefully disengaged us, saying we are redundant. They dismissed us like common criminals without adequate severance benefits.”

Meanwhile the National Industrial Court of Nigeria sitting in Port Harcourt has adjourned 277 suits filed before it by the ex workers of Baker Hughes Nigeria Limited to 4th of December 2017, for hearing of preliminary objections for the defendant (Baker Hughes).

The court, presided over by Justice Ibrahim Awal, also adjourned 14 separate suits filed before it by widows of deceased workers who died under the employment of Baker Hughes Nigeria Limited, to 13th November, 2017 for hearing.

The suits which amounted to 291 in number seeks to compel the management of Baker Hughes Nigeria Limited to pay redundancy package totaling over N13 billion to the disengaged workers, and to widows of over 20 deceased workers of the company as dead workers’ compensation package.

Speaking after the court session, Counsel to the claimants, Barr. George Ogara, expressed confidence that the court will grant justice to the disengaged workers.