Investors and governments have been increasing pressure on energy companies to fight against climate change, with a hedge fund in May forcing Exxon to add new board members who could help it confront the issue better.

The new target is part of a company-wide effort to reduce the intensity of upstream GHG emissions by 40% to 50% by 2030, compared with 2016 levels.

Exxon’s plan stops short of its European peers by not including GHG emissions from all fuel products it sells. Rival Chevron has also set a target of cutting operational emissions to net zero by 2050.

Exxon also said it plans to eliminate routine flaring, or production flaring, in its Permian basin operations by the end of 2022 and expects to cut it by more than 75% compared to 2019 by end-2021. 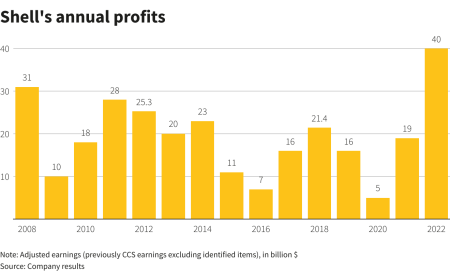