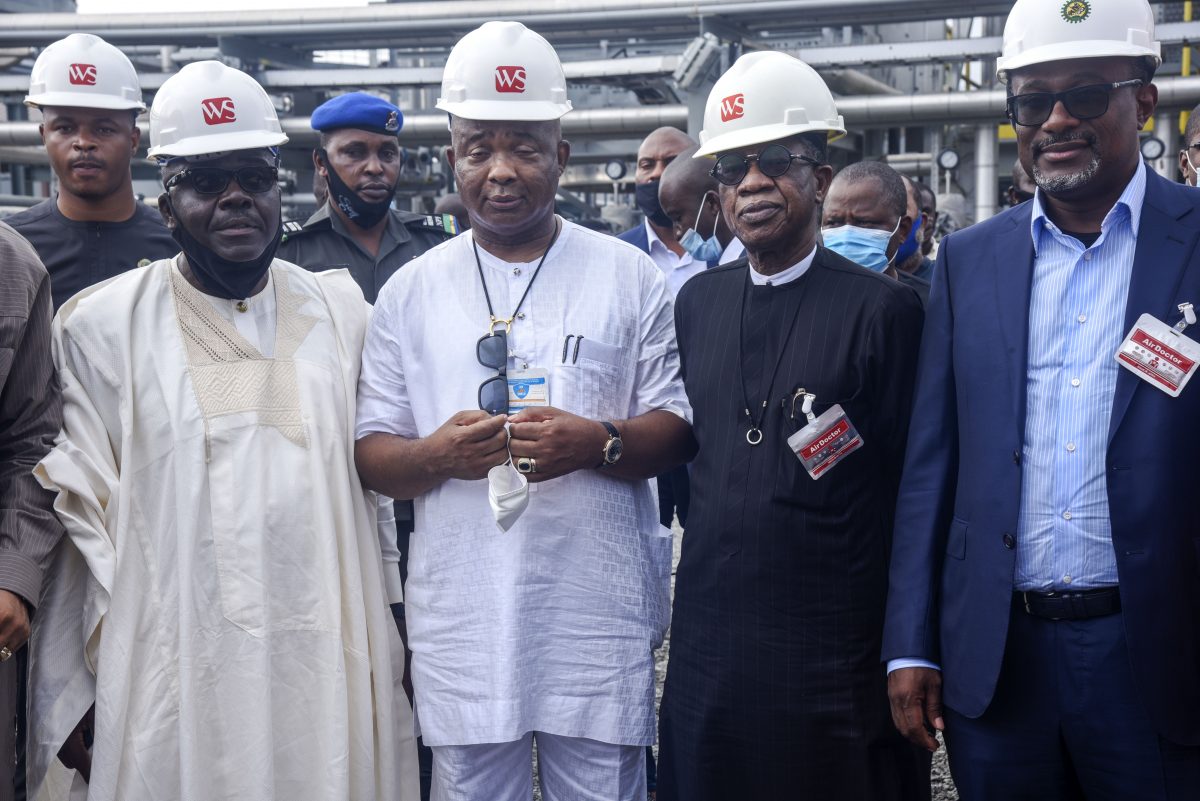 Lagos — The Federal Government has applauded Waltersmith Petroman Oil Limited and the Nigerian Content Development and Monitoring Board, NCDMB for their effective partnership that led to the record completion of the Waltersmith 5000 barrels per day modular refinery within two years.

The Honourable Minister of Information and Culture, Chief Lai Mohammed conveyed the commendation on Tuesday after touring the project located at Ibigwe, Ohaji/Egbema LGA, Imo State, in company with the Governor of Imo State, Senator Hope Uzodinma, the Minister of State for Education, Hon Chukwuemeka Nwajiuba and the Executive Secretary of NCDMB, Engr. Simbi Kesiye Wabote.

The modular refinery was started in October 2018 and will commence operations on October 14, 2020, loading out 23 trucks of refined products per day, having concluded off-take arrangements with select firms.

The Minister stated that the completion of Waltersmith modular refinery and conceptualization of similar projects in Bayelsa were key achievements of President Muhammed Buhari’s administration, adding that modular refineries only became a reality under the present administration despite years of rhetoric by previous governments.

Mohammed described modular refineries as key to meeting the Federal Government’s agenda of increasing local refining capacity, enhancing value addition to the hydrocarbon resources and employment generation. He gave assurance that government through the Ministry of Petroleum Resources and relevant agencies will provide Waltersmith with all necessary support it needs to operate and grow sustainably.

In his remarks, the Executive Secretary of NCDMB expressed pride that the Board moved quickly to invest 30 percent equity in the Waltersmith modular refinery project with the approval of its Board’s Governing Council. He hinted that the project had several benefits, including generation of direct, indirect, and induced employment opportunities for management staff, plant operators, technicians, drivers, cleaners, suppliers, security personnel and others.

He said that one of NCDMB’s mandates is to develop in-country capacities and capabilities to utilize and add value to the nation’s hydrocarbon resources, while its vision is to serve as a catalyst for the industrialization of the Nigerian oil and gas industry and its linkage sectors.

According to him, “this vision contributes to the realization of our 70 percent Nigerian Content target in the oil and gas sector by 2027. Our partnership with Waltersmith and other similar investments are some of the levers we are using to deliver the target growth rate.”

In his welcome remarks, the Chairman of Waltersmith Petroman Oil Limited, Mr. Abdulrasaq Isah indicated that the company decided to embark on the modular project as a strategy to address incessant pipeline vandalism and theft of its crude oil products. The project will also ensure import substitution, energy security for the nation, lower of the company’s operating cost and create lots of jobs, he revealed.

“At that point, we will be loading 120 trucks every day at peak production, comprising different products-diesel, kerosene, PMS, HFO, and Jet Fuel.”

He confirmed that load out of products will commence on October 14, starting with diesel, to be followed closely with the commencement of phase two of the project.

Isah also endorsed Federal Government’s deregulation of the downstream subsector, remarking that “the removal of subsidy has created a market for what we are doing. It also facilitates our ability to raise financing for the next module we will be doing.”