FG subsidy payment on petrol rises by N150bn in 7 months 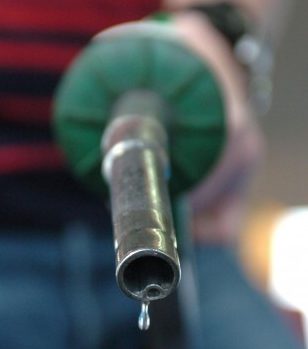 Lagos — Despite having announced an end to petrol subsidy payment in March last year, data from the Nigerian National Petroleum Corporation, NNPC, showed that subsidy payment by the Federal Government rose by a whopping N150 billion in seven months.

According to the data from the  NNPC, the federal government paid a total of N175.32 billion in July from N25.37 billion paid in January.

Analysts at Cordros Group, a leading investment banking and research group, at the weekend said under-recovery costs could hit N1.63 trillion by the end of this year given the dynamics of the global crude oil price, domestic consumption and retail price.

The analysts said: “At the July run rate, we estimate under-recovery costs will settle at NGN1.63 trillion or 32.5 percent of our projected Federal Government of Nigeria’s retained revenue of N5.02 trillion in 2021.”

They noted that with the under-recovery costs not provided for in this year’s Appropriation Act and their deduction by NNPC before remitting funds to the Federation Account, the government revenue will continue to be constrained for the remaining months of the year amid an increase in total expenditure.

The NNPC had earlier in the year, lamented the burden of subsidy payment on its revenue, declaring its reluctance to remit funds into the Federation Accounts Allocation Committee, FAAC for the month of April and May.

In a document titled ‘January to March actual and April to June projected remittance to federation account’, the Corporation further stated that it would be able to remit only N12.966bn into the account for June.

The FAAC committee meets monthly to share funds generated by the Nigeria Customs Service, the Federal Inland Revenue Service and the NNPC among federal, state, and local governments. The NNPC is the biggest contributor to the account due to huge revenue generated from crude oil.

The document was attached to a letter written to the Accountant General of the Federation, dated April 26, and signed by the NNPC’s Chief Financial Officer, Umar Isa.

Copies of the draft were also sent to the Minister of Finance, Budget, and National Planning; the Director-General of the Nigeria Governors’ Forum; the Director, Home Finance; and the Chairman, Commissioners of Finance Forum.

According to the letter, the net revenue to FAAC in April is N111.966bn. The NNPC value shortfall as a result of petrol subsidy was put at N111.966bn- no remittance to FAAC was listed.

According to the document, the NNPC stated that in January, February, and March, the oil firm’s net revenue to FAAC after value loss were N96.86bn, N64.16bn, and N41.184bn respectively.

“The Accountant-General of the Federation is kindly invited to note that the average landing cost of premium motor spirit for the month of March 2021 was N184 per litre as against the subsisting ex-coastal price of N128 per litre, which has remained constant notwithstanding the changes in the macroeconomic variables affecting petroleum products pricing.

“As the discussions between government and the labour have yet to be concluded, the NNPC recorded a value shortfall of N111,966,456,903.74 in February 2021 as a result of the difference highlighted above.

The federal government had expressed intention to end fuel subsidy mid-2021 as part of conditions by the International Monetary Fund and World Bank to grant it financial assistance of $3.4billion.

FG trying hard to get rid of subsidy
After the Petroleum Product Pricing Regulatory Agency, PPPRA announced in March last year that it “discontinued” subsidy following crash in the global crude oil prices, price of Petroleum Motor Spirit, PMS also known as petrol pump was then moved from N145 per litre to N125 as landing cost of the product crashed to N99.44 per litre.

Despite FG’s declaring a deregulated downstream sector, in February this year, subsidy returned as crude oil hit $64 per barrel, and landing cost of PMS increased to N186.33/ltr.

Due to public outcry as a result of expected increment in pump price of petrol, the government maintained a pump price of N165/ltr, as the NNPC in a statement signed by its former Group General Manager, Group Public Affairs Division, Kennie Obateru, said FG will pay a subsidy of N57.82 on every litre of petrol consumed in Nigeria for the month of March.

The NNPC as the sole importer of petrol said it would maintain an ex-depot price of N148.6/litre (despite actual ex-depot cost for the product being N206.42/litre) for the month pending when government would conclude its consultations and deliberations with labour unions, which till date, is yet to be concluded.

However, the Nigerian Electricity Regulatory Commission, NERC in April commenced a minor tariff reviews for the eleven Distribution Companies, DisCos which was implemented in July 2021, leading to an increase in electricity tariffs.

The government said it will by next year, end most of its subsidy payments in the electricity sector estimated at N30 billion monthly.

Vice President Yemi Osinbajo, who disclosed this at the opening of the 14th Nigerian Association for Energy Economics/IAEE conference in Abuja yesterday, said the government expected the electricity sector to generate its revenue from the power sector market.