Ghana wants to shake up the way it collects taxes 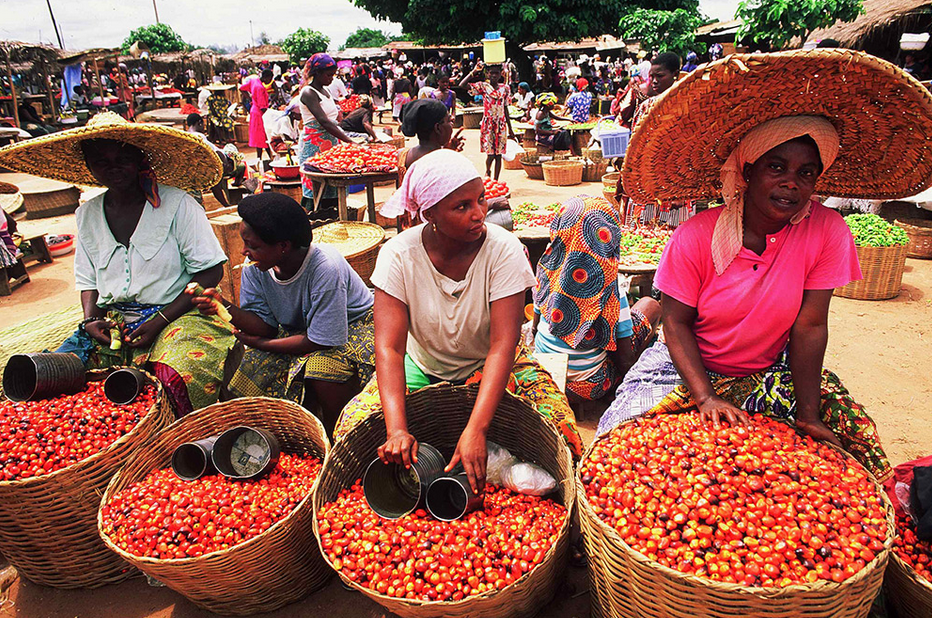 *Patricia Norki Nater and Memories of the Makola Market in Accra, Ghana.

09 March 2018, Accra — Ghana wants to shake up the way it collects tax with the International Monetary Fund telling the government that it’s not raising sufficient income.

The West African nation needs to increase revenue as it plans to raise spending and reduce debts, which the IMF said to remain at risk of distress. At the same time, Ghana is finalizing a $1-billion bailout program it entered with the Washington-based lender in April 2015 and has to meet targets for fiscal consolidation after years of chronic overspending.

Ghana should pursue its fiscal goals by raising collections as spending on fixed investments, such as infrastructure, are already too low, according to the IMF. More than two-thirds of businesses in the nation are in the informal sector and will be brought into the tax net, said Kwasi Bobie-Ansa, an acting assistant commissioner at the Ghana Revenue Authority.

“Ghana does not necessarily need to legislate new taxes, but must find ways of widening the net,” Edem Harrison, a research analyst at Frontline Capital Advisors in Accra, the capital, said by phone. “The government needs to block revenue leakages and stop the wastage at revenue collection points, such as the ports.”

Ghana collected 27.4 billion cedis ($6.2 billion) in taxes in the first 11 months of last year, or the equivalent of 13.4 percent of the gross domestic product, against a target of 29.4 billion cedis, according to data from the finance ministry. This compares with average tax collections as a percentage of GDP of 19.1 percent for 16 African countries in 2015, according to the Organization for Economic Co-Operation and Development.

Ghana needs tax revenue of at least 15 percent of the $45 billion economy, Joe Abbey, an economist at the Accra-based Centre for Policy Analysis, said by phone. This is the minimum requirement to meet the nation’s debt obligations and to avoid the need for the central bank to finance the budget, said Abbey.

The nation’s economy will probably expand 8.3 percent this year, the fastest growth rate on the continent, according to World Bank projections, on increased oil output and stronger credit growth.

Along with the government’s plans to roll out a national identification system and a new address database, the revenue authority will introduce stricter rules in April that will compel individuals and businesses to acquire a tax registration number, said Bobie-Ansa. The number will be compulsory for the opening of a bank account, obtaining a drivers license and the issuance of a passport, he said.

Biggest Problem
The introduction of the number “will solve the one single major problem that debilitated efforts to broaden the tax base and increase collections,” Lord Mensah, a senior lecturer in finance at the University of Ghana, said by phone. “We live in a country where we have identification problems and it has been affecting our revenue collection.”

The ongoing implementation of an electronic platform to manage state funds will also help to plug revenue leakages, said Natalia Koliadina, the IMF’s country representative for Ghana. The IMF will take into account the government’s tax and collections policies when the lender reviews its program with Ghana in April, she said.