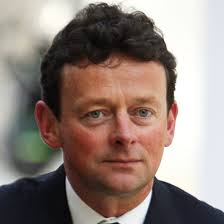 London — Swiss commodities trader Glencore said on Monday Kalidas Madhavpeddi will take over as its new chairman at the end of the month, when Tony Hayward retires after eight years in the role.

U.S.-based Madhavpeddi joined the board of the London-listed miner in February 2020 and is better known as the chief executive of China Molybdenum International (CMOC), a role he covered for almost ten years until 2018.

During his time at the Chinese producer, Madhavpeddi made a series of sizable acquisitions, including U.S. Freeport-McMoRan Inc.’s majority stake in the Tenke copper project in the Democratic Republic of Congo for $2.65 billion and Anglo American’s niobium and phosphates business in Brazil.

“I am delighted to have been appointed Chairman at such an exciting time for the business,” Madhavpeddi said in a statement.

Miners are under pressure from investors and policymakers to cut out carbon emissions and tackle climate change.

Glencore has this month completed a management reshuffle with the appointment of new chief Gary Nagle, a shift to a younger leadership for the mining company.