Lagos — In Q4 of 2021, the oil and gas industry has seen an increase of 77% in overall contract value however, there has been a decrease of 14% in the number of contracts says GlobalData, a leading data and analytics company. 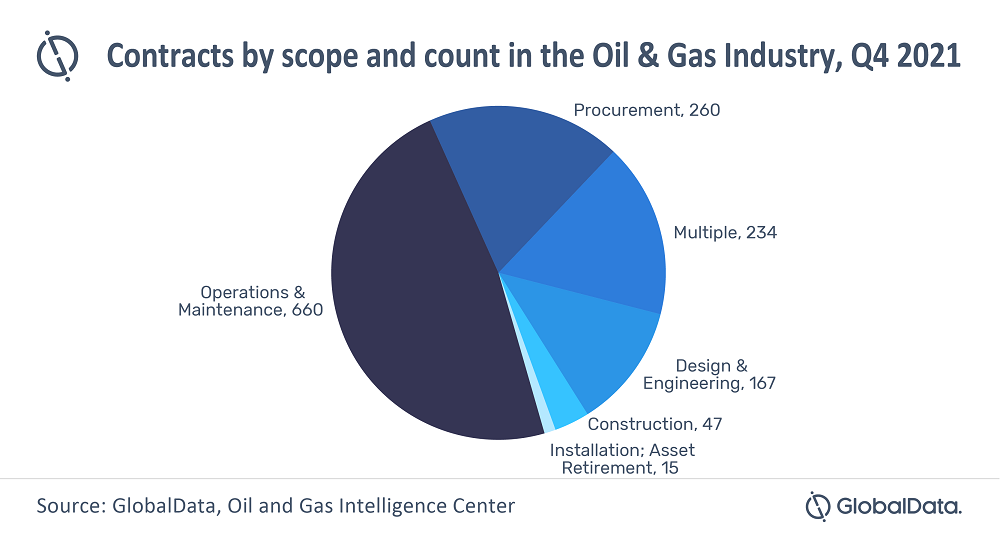 Pritam Kad, Oil & Gas Analyst at GlobalData, comments: “Notable contracts that made significant contributions in terms of value include Saudi Aramco’s 16 contracts, with a combined worth of $10 billion for the subsurface and Engineering, Procurement, and Construction (EPC) works for the development of the Jafurah shale gas field in Saudi Arabia. Moreover, rising crude oil prices and improved margins helped to gain further momentum for contracts activity.”

In terms of single scopes, operation and maintenance (O&M) represented 48% of the total contracts in Q4 2021, followed by procurement with 19%, and contracts with multiple scopes, such as construction, design and engineering, installation, O&M, and procurement accounted for 17%.

Other notable contracts include Yinson Holdings’ subsidiaries two contracts with Petrobras for the charter, and operation and maintenance services for the Integrado Parque das Baleias (IPB) Floating, Production, Storage, and Offloading (FPSO) vessel operating in the North Campos Basin, offshore Brazil, and ADNOC Drilling’s five-year drilling services agreement worth $3.8 billion with ADNOC Onshore for the provision of drilling, workover, and other well services in the United Arab Emirates.