Global oil use heads for steepest annual contraction in history 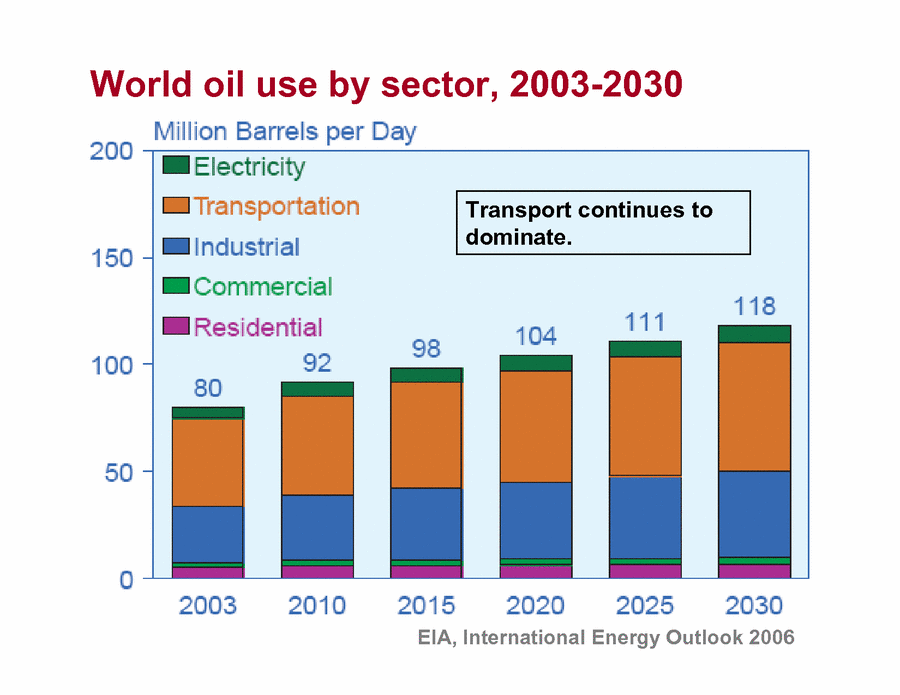 LONDON — Global oil consumption is in free-fall, heading for the biggest annual contraction in history, as more countries introduce unprecedented measures to fight the coronavirus outbreak.

Travel bans, work-from-home, canceled vacations and disrupted supply chains all mean reduced demand for fuel. As societies respond to the virus, oil demand — already hammered by China’s decision to shut down swathes of the economy — is falling further. Oil traders, executives, hedge fund managers and consultants are revising down their forecasts dramatically.

The growing fear among many traders is that oil demand, which averaged just over 100 MMbpd in 2019, may contract by the most ever this year, easily outstripping the loss of almost 1 MMbpd during the great recession in 2009 and even surpassing the 2.65 MMbpd registered in 1980, when the world economy crashed after the second oil crisis.

“This global pandemic is something the world hasn’t witnessed since 1918,” said Pierre Andurand, who runs oil hedge fund Andurand Capital Management LLP. “I do not see how the the demand drop wouldn’t be multiples of the drop witnessed during the global financial crisis.”

Oil prices have fallen by more than 50% this year as the virus’s worsening impact on the global economy coincides with a massive supply shock: Saudi Arabia and Russia are in an all-out price war to pump more crude. On March 9, Brent crude plunged more than 20%, the largest one-day drop since the Gulf War in 1991. Prices dropped as much as 6.6% on Monday after wild swings in early Asian trading. Privately, some traders believe oil prices could drop into the single digits for the first time since the 1997-99 oil price war between Saudi Arabia and Venezuela.

“We haven’t seen a demand event like this in history,” said Saad Rahim, chief economist at oil trading giant Trafigura Group. “Every day is going to be worse for demand for some time.”

Consumption Engine. Goldman Sachs, which runs one of the largest commodity trading business in Wall Street, is now forecasting that oil demand will contract by more than 4 million barrels a day every month from February to April. Other investors see much larger demand drops in the short term.

Andurand estimates that demand could easily drop by 10 million barrels a day in this quarter and even beyond.

The accelerating plunge in oil demand offers a window into the worsening state of the world economy as governments in Europe and the U.S. impose restraints on social behavior that stop people spending money and moving around.

The anecdotal evidence of lower oil demand is everywhere: Deutsche Lufthansa AG, the German carrier, said it could reduce the number of flights by as much as 70% in the next few days while American Airlines Group Inc. will slash long-haul international flights by 75%, Delta Air Lines Inc. grounded as many as 300 planes and Air New Zealand Ltd. will slash its long-haul capacity by 85%. Traffic congestion in cities from Seattle to Milan and Madrid show fewer journeys, according to data from TomTom International BV. Restaurant bookings in New York, Boston, San Francisco and Seattle fell by as much 50% compared to a year ago, according to OpenTable, an online restaurant-reservation service.

People around the the world also face more draconian restrictions on gatherings and travel. Italy and Spain have effectively locked down their populations, more than 100 million people combined, and several other European nations are closing down schools. In the U.S., which extended its travel ban to include Britain and Ireland, several states are also moving to shut down nearly all social activity. Austria banned all gatherings, Norway as good as sealed itself off from outsiders and France closed its cafes and restaurants. Australia said anyone entering the country must self-isolate for two weeks.

For the oil market, it’s a mirror of what happened in China earlier this year, but on a much wider scale. At the height of the coronavirus outbreak in China in February, the country’s oil demand fell at least 20%, or about 3 million barrels a day. The U.S., Germany, France, Italy, Spain, the U.K. and Canada consume 31 million barrels a day, implying that a similar percentage drop in consumption to the one that China suffered would cut demand by about six million barrels a day.

Trafigura, among the world’s top-three independent oil traders, is publicly the most bearish about demand, saying that consumption could soon be contracting by close to 10 million barrels a day, or 10% of global demand, with perhaps more to come. Its forecast is for a relatively short period of time, rather than a quarterly or an annual forecast. But it shows the sudden drop in consumption.