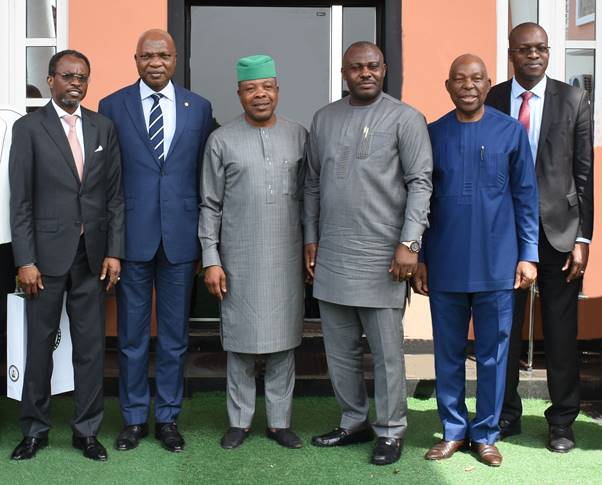 Lagos — Imo State Governor, Emeka Ihedioha, has pledge the support of the government and people of the state for the success of the multibillion dollar Assa North/Ohaji South Gas development project.

Speaking during a visit to him in his office last week by the leadership of the Shell Petroleum Development Company (SPDC), the governor said, “We are determined to work with you to build the plant and to help Imo State fulfil its quota to the nation’s domestic gas aspiration. We are dedicated to making life meaningful for our people and to making Imo State investor friendly. Imo State shall partner with you. We have a civilised state and our hands are wide open to welcome Shell back to your original home in Nigeria.”

SPDC’s Managing Director and Country Chair, Shell Companies in Nigeria, Osagie Okunbor, who led the SPDC delegation, described the gas project in the state as the company’s “most important project right now” adding, “We are committed to making the Assa North Gas Project an exemplary one.”

The project, according to Okunbor, is key to driving the Federal Government of Nigeria’s ambition of marching away from a mono-economy through diverse industrial growth. “It is premier amongst the Seven Critical Gas Projects initiative led by the Ministry of Petroleum and the Nigerian National Petroleum Corporation (NNPC).”

SPDC is expected to manage the upstream operations to produce 600 million standard cubic feet of gas per day, half of which will be processed at a new SPDC JV processing plant and the remaining half sent to SEPLAT for processing at the company’s new gas processing plant. The combined volume translates to almost 2,400 MW of potential electricity generation if used for power generation.

At the meeting with the governor were the deputy governor, Gerald Iroha; Chairman of Imo State Oil and Gas Committee, John Ottih; and SPDC’s Directors — Toyin Olagunju and Igo Weli.