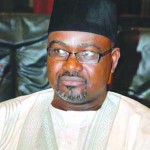 08 June 2012, Sweetcrude, ABUJA – The Nigerian Government has emphasised the effective training and skills development for operators in the mining and metals sector, noting that the country merely being endowed with huge deposits of mineral resources cannot develop if relevant skills are not adequately acquired and properly applied by both mining operators and other stakeholders in the minerals and metal sector of the economy.

Minister of Mines and Steel Development, Musa Mohammed Sada stated this when he presided over the handing and taking over ceremony between the acting Registrar, Obiora Azubike and Substantive Registrar, Bello Bugaje of the Council of Mining Engineers and Geoscientists recently.

He noted that developed nations became great not only because they are blessed with natural resources but as a result of relevant skills people have to do complex things.

“There is no way you can develop a sector without skills, it is not the resources, the resources we have will remain underground as long as you do not have necessary skills.

“Nations developed not because they have resources, they develop because they have skills, the only way we can move forward is to develop right skills, you must have guidelines, code of conducts for professionals to know this is the right thing to do and be able to know how to move forward.”

The Minister who described mining as a highly skilled activity which requires professionally skilled personnel, cited that South Africa started training their people on nationalized mining when they realized that ninety five percent of the whites have taken over their mines while the larger percentage of the people of the country is black.

He also directed the Department of Mines Inspectorate and other relevant departments in the ministry to ensure the registration of all zonal and federal mines officers as well as other officers who are supposed to be agents of the ministry with the COMEG.

“If you insist that somebody taking a license must be supported by a registered engineer, you that is responsible for supervising activities out there, you are not registered. We have to be practical in the ways we do things, because you will go there and something will tell you, you do not know what you are doing because you are not registered. You should be able to stand out in the challenges of being a professional for the job,” he said.

He noted that the transformation agenda of the present administration specifically lays emphasis on human capital development for the economic growth of Nigeria.

Sada, who lamented that most activities in the mining sector are done in an informal way, attributed it to lack of relevant skills in the sector.

“It is a responsibility as professionals in the sector to make sure we have a rallying point in trying to determine how much skills we have, once the operators see that professionals know the code of conducts and guidelines, even those coming from outside will be careful as to what they do,” he added.

He stressed that the nation’s minerals and metals sector required a code of conduct for professionals and operators in the sector, adding that, “It will get to a point, where we say anybody coming to work with us must register as a professional.”

Sada congratulated and wished the incoming Registrar of COMEG and its board members a successful tenure, expressing hope that the Registrar would be able to turn around the organization to be a true watchdog of activities of the minerals and metals sector of the country.

In his handing over remarks, the acting Registrar of COMEG, Mr. Obiora Azubike thanked the ministry for the honour and opportunity accorded him to serve in that capacity.

He enumerated various challenges facing the council such as understaffing, improper designation of officers ,capacity building and promotion exercise ,he therefore urged government to proffer solutions to those problems in order to move the council forward.

While taking over the baton of leadership of COMEG, the substantive Registrar,Engr. Bello Bugaje commended the ministry of mines and steel development under the leadership of the minister who is committed to reposition COMEG to achieve its mandate.

He also lauded the minister for his recent directive to the Mining Cadastre Office to ensure full enforcement of technical competency requirements for applicants and holders of mineral titles whereby such applications must be fully endorsed by COMEG registered professionals in order to sanitize the mining /quarrying industry.

Eng. Bugaje further solicited for more collaboration from the ministry as well as key players in the Nigerian Extractive industry so as to take COMEG to a greater height and contribute immensely to the economic growth of the nation.

In his own contribution, the Chairman, Board members of COMEG,Chief Chambers Oyibo said that due processes were taken in the processing of recruiting the Registrar, saying that ,he was hopeful that the new Registrar would bring to bear his vast experience in building on a solid foundation laid by his predecessors in the council.

He assured the Registrar of the unflinching support of the board members of COMEG in his new assignment.

The immediate past Registrar of COMEG,Engineer Jonathan Ikeako served the council for eight years before his retirement late last year while Mr. Obiora Azubike,the Director ,Artisanal and Small Scale Mining Department in the ministry took over in an acting capacity before the appointment of a substantive Registrar, Engr.
Bello Bugaje recently.