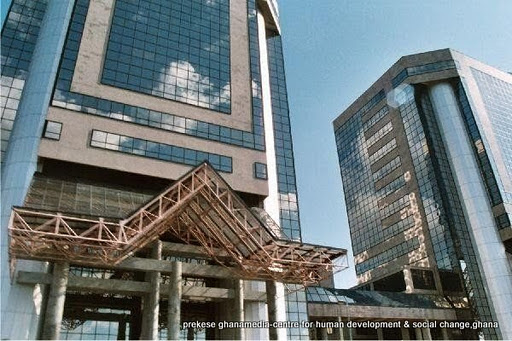 07 October 2017, Sweetcrude, Abuja – Some pressure groups, including the Nigeria Labour Congress (NLC), the Peoples Democratic Party (PDP), the Nigerian Extractive Industry Transparency Initiative (NEITI), the Africa Network for Environment and Economic Justice (ANEEJ) and the Socio-Economic Rights and Accountability Project (SERAP) are mounting pressure on President Muhammadu Buhari to get to the bottom of the $25 billion contracts row and other matters at the Nigerian National Petroleum Corporation (NNPC).

Specifically, the groups, in a separate positions, ask President Buhari to suspend the managing director of the NNPC, Dr. Baru Maikanti, over allegations raised by the Minister of State for Petroleum, Dr. Emmanuel Ibe Kachikwu, over the alleged award of $25bn contracts unilaterally, sidelining the board and the minister; and made key appointments without consultations.

The President had met behind closed doors with the Minister of State on Friday over the issue.

Speaking in an interview with reporters in Abuja, the NLC President, Comrade Ayuba Wabba, said the issues raised by the minister must be verified.

He said, “The issue is under some investigation and I think there should be an opportunity to interrogate the process and at the end of the day, let us know the veracity and facts of the issue. We have made this issue quite clear and loud that part of our challenge is how we are able to imbibe the process of good governance, transparency and accountability.

“Some of the issues bother on this critical idea of ensuring that there is good governance in place. Our hope is that this issue will be thoroughly investigated and concluded at the end of the day. Let us hear what the issues are as well as the fact of the matter. Once we get the facts, we will then be able to make a conclusion.”

NEITI’s Technical Adviser, Dr. Dauda Garuba, urged the President to wade into the crisis because $25 billion is too huge an amount to consummate its contract without due process.

“Whichever way one looks at it, $25 billion is too huge an amount to build contracts around without due process. We are supposed to be a country guided by rules and procedures. We must make Nigeria work.”

Garuba said that if it is established that there are infractions as alleged by the Minister of States for Petroleum Resources, the necessary sanctions must be deployed.

He insisted that the President must demonstrate that he meant business when he promised Nigerians to reform the oil sector.

“I must say that it is unfortunate that the Nigeria public is being unenviably treated to unpleasant developments in the oil sector. If you ask me, this is coming at a wrong time in our history. Just when we are expecting a reform of the sector so that it can deliver the country out of the wounds, we are having to deal with this.”

ANEEJ Executive Director Rev. David Ugolor, in a statement in Abuja, applauded the Senate for launching a probe into Kachikwu’s allegations.

Ugolor noted that, “Since the Senate has waded into the matter, we suggest that Mr. President as well must invite the Nigerian Extractive Industry Transparency Initiative, NEITI, to carry out a comprehensive and forensic audit of the allegations.

“Among statutory functions of the NEITI include the regulation of matters related to due process in the award of contracts in the extractive sector of the Nigerian sector.

“We believe that the inconsistencies being thrown up by the startling revelations from the Minister of State for Petroleum Resources include some of the issues which the Petroleum Industry Governance Bill (PIGB) seeks to address and redress.”

In its own part, SERAP said Buhari must use his “good offices and leadership position to urgently refer the allegations of corruption and abuse of office against Mr Maikanti Baru, Group Managing Director, Nigerian National Petroleum Corporation (NNPC), to the Economic and Financial Crimes Commission (EFCC) and the Independent Corrupt Practices and Other Related Offences Commission (ICPC) for investigation, and if there is relevant and sufficient admissible evidence, for him to face prosecution”.

The organisation urged Buhari to “suspend Mr Baru, pending the referral to the EFCC and ICPC, and the outcome of any investigation by the anti-corruption agencies in order not to create the impression that your government is treating Mr Baru as a sacred cow.

“We urge you not to allow the allegations against Mr Baru go the way of past inconclusive investigations of allegations of massive corruption within the NNPC.”