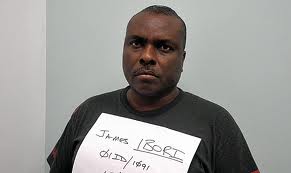 He pleaded guilty on Monday to the charges he has faced since arrest in Dubai on a UK warrant in 2010.
UK authorities have accused Ibori of stealing £250 million ($396.6 million today) over an eight-year period.

The BBC quoted a lawyer for the prosecution as saying: “(Ibori) was never the legitimate governor and there was effectively a thief in government house. As the pretender of that public office, he was able to plunder Delta state’s wealth and hand out patronage.”

A British police officer involved in the case was quoted by the BBC as saying: “The vast sums of money involved were used to fund Mr Ibori’s lavish lifestyle. We will now be actively seeking the confiscation of all of his stolen assets so they can be repatriated for the benefit of the people of Delta State.”

He was originally arrested in 2007 before being freed but rearrested in Dubai and extradited to the UK in 2010.