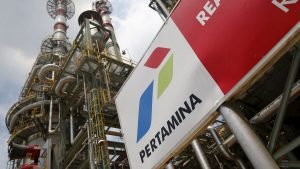 Singapore — Indonesia’s state-owned oil and gas company PT Pertamina has opened a trading and marketing office in Singapore, returning to the city-state four years after closing its previous office over a corruption scandal.

Pertamina’s return is part of a broader effort by the company to boost overseas revenue by expanding in Asia, Agus Witjaksono, the managing director of the new office, named Pertamina International Marketing and Distribution Pte Ltd, told Reuters. The new office was incorporated on Aug. 5, business records show.

The previous Singapore office, Pertamina Energy Services Pte Ltd (PES), was shut down in 2015 after Indonesian President Joko Widodo ordered that its parent company, Petral, be disbanded as part of efforts to clean up the country’s oil and gas sector.

Petral was the trading arm of Pertamina, which an anti-corruption investigation showed paid inflated prices for fuel and crude imports.

The former managing director of PES was charged on Sept. 10 by Indonesia’s Corruption Eradication Commission (KPK) for accepting bribes from a Singapore-based company to secure oil trading deals.

“Petral dealt with procurement, they buy crude and products cargo for domestic demand, but we will focus on selling third-party sourced products as well as Pertamina’s products on a commercial basis,” he said.

The company is currently ranked 175 on the Fortune Global 500 list.

To achieve that, Pertamina will have to increase its revenue by $10 billion by expanding overseas, he said.

The state-owned company hopes to leverage its low-sulphur fuel production to capture a slice of the ship refueling market in Singapore, the world’s top bunkering hub, Witjaksono said.

Ships globally will have to burn fuel that contains 0.5% sulphur, down from the current 3.5%, to comply with new regulations from the International Maritime Organization (IMO) from 2020.

“We have an advantage because of IMO 2020. Pertamina has low-sulphur fuel oil and blending components so we can enter into partnerships with oil blenders,” Witjaksono said.

Oil blending could take place at Pertamina’s Sambu oil terminal, located about 23 km (14 miles) from Singapore, which is being upgraded in a joint venture with U.S. firm Freepoint Commodities.

Pertamina will supply blending components to Freepoint, Witjaksono said, adding that the Indonesian firm is also keen to supply bunker fuel from the terminal to ships.

“There’s a change in our strategy as we no longer want to just sell blending components,” he said.

Pertamina also hopes to leverage on its status as the largest LPG buyer in the region, to get cheaper prices for bulk supplies and resell smaller parcels to importers such as China where LPG demand for petrochemical production is growing.

The Singapore office now employs five people and plans to expand to 16, he said.
like us facebook