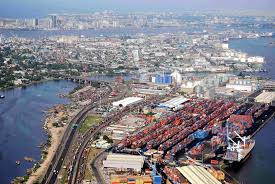 29 July 2016, Lagos — Terminal operators and private investors in Nigerian ports have kicked against moves to grant a monopoly for handling certain types of cargoes to Intels Nigeria Limited, insisting it will destroy the gains of the concession policy and erode existing and potential investments in the sector.

This was a sequel to Intels claim of a monopoly of oil and gas vessels in the port despite enjoying massive remuneration from the federal government for its facilities.

In a chat with officials of the Nigerian Ports Authority (NPA) recently, General Manager of PTOL Terminal Limited, Mr. Henry Cline decried the situation stressing that the diversion of cargoes from the port to Intels under the guise of oil and gas is a challenge that must be resolved.

He added that the term oil and gas is used by Intels to monopolise the operation of such cargo in Rivers port.

Also, a top executive of one of the firms operating in the sector said that industry stakeholders including the Seaport Terminal Operators Association of Nigeria (STOAN) and other terminal operators have vowed to resist the firm’s monopoly bid, insisting it has no such entitlement.

According to the operator, “Intels is a concessionaire, what that means is that the government gave them their facilities to run on its (government) behalf.

Intels has been so privilege as a concessionaire others because the government pays for their facilities. No other concessionaire has that privilege. So the whole maritime industry has accepted that government is paying for Intels facilities whereas the rest of us have to pay for ourselves. What we will not accept is this monopoly; we won’t accept it because in 2007 and 2008 when that monopoly was there before it killed the industry.

“We would not accept it because many of us have invested hundreds of millions of dollars in the intervening 10 years and there is no way you can tell people to invest and have a level playing field, give them licence to operate and again tell them they have to handle their business with Intels.

“Our position is that there’s needs to be collaboration among industry stakeholders and we strongly encourage government, the private sector and even Intels need to seat around the table and decide how we need to move forward. We need to recognise that there is no future for Nigeria without all of us coming to work together.”
*Eromosele Abiodun – Thisday