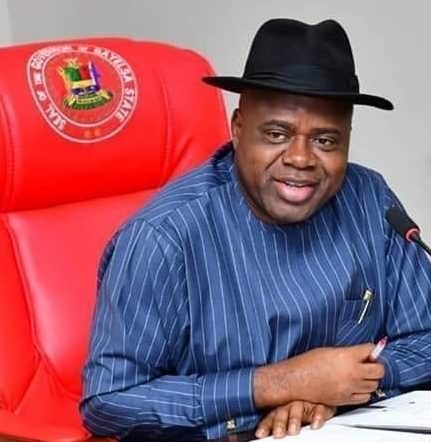 *Cautions against non implementation of GMoUs

Port Harcourt — Bayelsa State Governor, Douye Diri, has cautioned oil firms operating in the state, against the secret signing of any form of memorandum of understanding with the host communties, without involving the state government.

To this end, the Governor has directed that the state government must compulsorily be part of the signing GMoUs with oil companies, in order to forestall conflicts in communities arising from non implementation of GMoUs.

Governor Diri gave the warning during a meeting with leaders of Twon-Brass, in a bid to calm the tension arising from the week-long protest by the people of Brass against the Nigerian Agip Oil Company, over power supply and non implementation of MoU.

He said that the government was not unaware of the divide and rule tactics employed by o companies in their host communties, while scolding some community leaders who shortchange their people for selfish interest.

“Part of what we have done the moment we assumed office was to enforce a new system of signing GMOUs between community and all other companies including oil companies operating in our State.

“To this end, I have instructed that all GMoUs that are to be signed will be witnessed by the Bayelsa State Government through the Ministry of Justice and the Attorney General.

“No GMoU should be kept secret because we have seen that as a point of conflict, between communities and companies operating in Bayelsa State.”

The governor also cautioned youths of Bayelsa state to shun violence, urging them to explore other means of resolving grievances instead of the notoriety to embark on protest and shut down oil firms, at the least disagreement.

“Let this be a warning to those who perpetrated that act. Please, let this be a final warning. We are happy with the relative peace we have in Bayelsa compared to other States and would like to keep that peace.

“There are other avenues to be explored. We have the local government chairman there, if all avenues fail, protest should come as the last resort. Let us not wake up every minute to protest. I applaud you for your peaceful disposition with the Nigerian agip oil company over the years.”

He described Twon-Brass as important and strategic to the State and Nigeria in general, being host to two oil multinationals, – NAOC and SPDC.