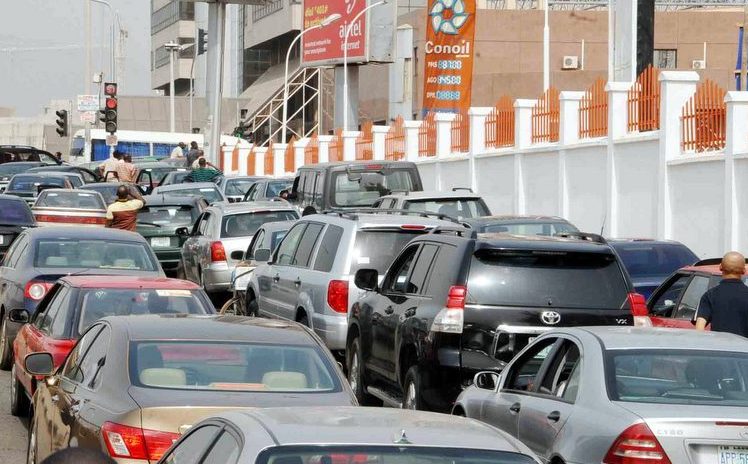 *Motorists queing for fuel in Abuja.

05 January 2018, Sweetcrude, Lagos — The Independent Petroleum Marketers Association of Nigerian, IPMAN appears to have been balkanized with three persons surfacing and laying claim to the presidency of the group at the Senate hearing today on the reason for the lingering fuel scarcity.

The trio, Obasi Lawson, Sanusi Fari and Okoronko Chinedu, all stood up at different times to introduce themselves as president to the shock of the Minister of States Resources, Ibe Kachikwu, Group Managing Director, Nigerian National Petroleum Corporation, NNPC, Maikanti Baru and the committees present at the session.

Chairman of the Senate Committee on Petroleum (Downstream), Kabir Marafa, then called on the Permanent Secretary of IPMAN to meet with the three, have a common ground and present on their behalf.

Okoronkwo Chinedu had claimed his election as IPMAN chairman was reaffirmed by the Appeal Court two week ago.

On Thursday, both Kachikwu and Baru were summoned by the Senate and House of Representatives Committees on Petroleum Resources (Downstream), to explain the reason for the persistent fuel scarcity across the country.

The summon came on the heels of a directive by the Senate President, Bukola Saraki, that the committee cut short its Christmas and New Year holiday for a meeting with industry stakeholders.

Last week, the Chairman of the Committee, Kabiru Marafa had hinted of today’s meeting when he announced that Kachikwu, Baru, and other stakeholders in the petroleum sector had been invited to a crucial meeting.

The fuel crisis had been on for about one month, with officials trading blames, with none accepting responsibility for the crisis.